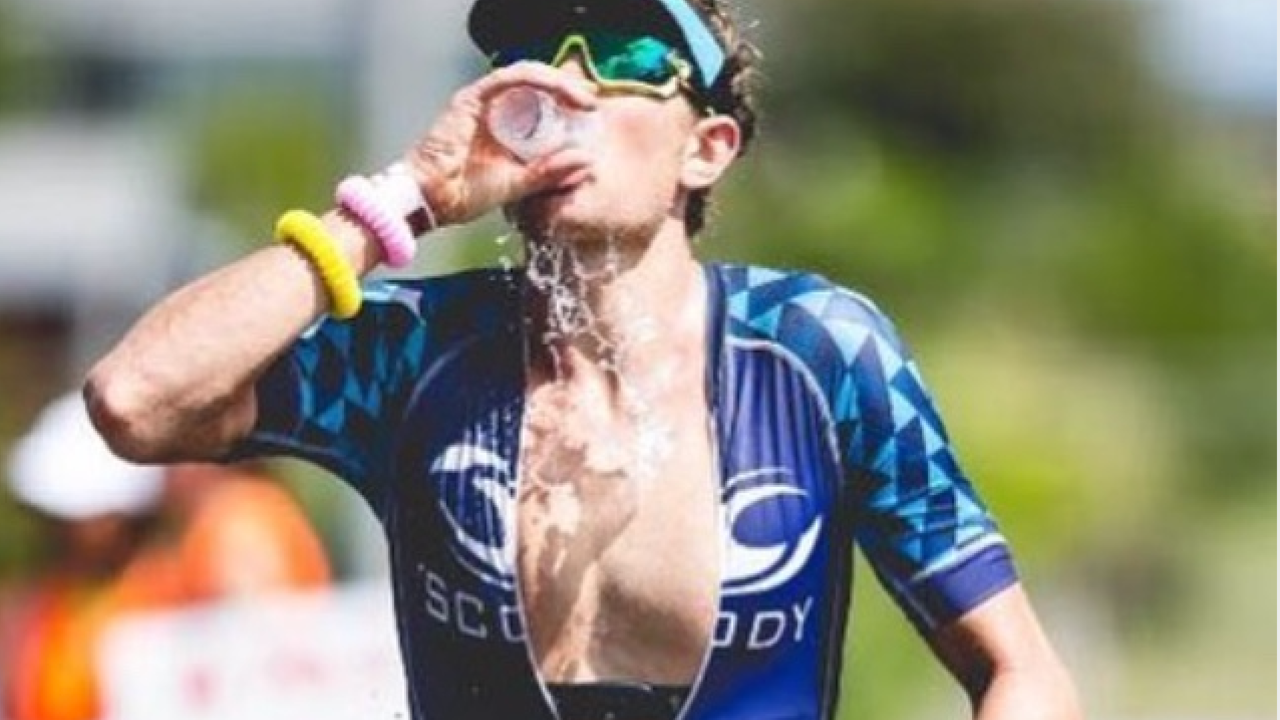 Given that we have put together an extensive course on how low carbohydrate diets optimise performance in long-distance triathlon at Endure IQ, we’re sure that title got your attention!

Throughout our Endure IQ LDT 101 online course, we outline the reasons why adopting a low-carbohydrate, high-fat diet to become ‘fat adapted’ may help us to perform at our best in an Ironman triathlon. This dietary approach drives adaptations that allow us to tap in to our effectively unlimited fat energy stores at a much higher rate than ingesting a traditional mixed diet would, in order to support energy expenditure during exercise.

This effectively reduces the energetic burden placed on our body’s finite endogenous carbohydrate fuel stores, which become depleted to very low concentrations after long-duration vigorous exercise, a phenomenon linked to the dreaded bonk. However, when talking about fat-adaptation, we receive a lot of questions about whether we should be in ketosis for racing. Ketosis and fat-adaptation are terms often used interchangeably, however, although they are similar, there are also distinct and important differences between these two states. In this blog, we are going to discuss the physiology behind why we probably do not want to be in ketosis when standing on the start line of an Ironman.

To start with, it is important that we all understand exactly what ketosis is. Ketosis is defined as an elevation in the concentration of ketone bodies circulating in our bloodstream, which occurs in response to low carbohydrate availability – in this case in response to a low carbohydrate diet. Ketone bodies are the product of the breakdown of fat stores and primarily serve as a circulating non-carbohydrate energy source for the brain during periods of low carbohydrate availability. Therefore, when consuming a very low carbohydrate diet (typically <50 grams per day), the body begins to break down fat stores to ketone bodies in order to ensure that the brain has adequate fuel availability, given that the brain does not seem to be able to use fat as an energy fuel very effectively (19). However, before we get into our discussion of ketones, ketosis, and endurance performance, it is worth pointing out that we do recognize that ketosis may have some beneficial effects from a health perspective, including intermittent ketosis (21). 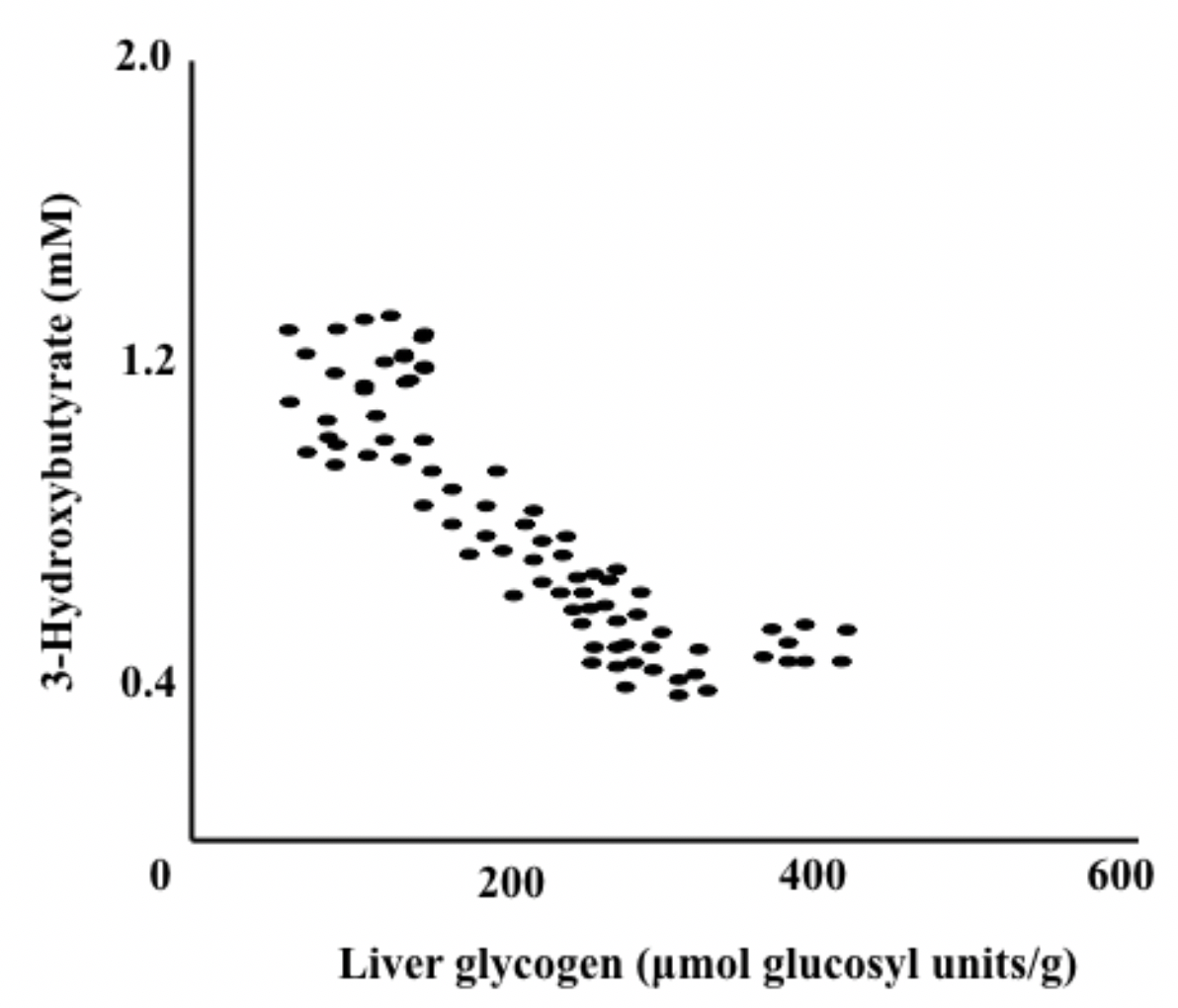 It has long been known that our liver glycogen stores are involved in maintaining sufficient blood glucose concentrations to sustain life, with this first articulated in 1855 by French physiologist Claude Bernard (4) and confirmed in more modern studies performed in the 1970s (8, 16, 17). Interestingly, these liver glycogen stores also decrease during endurance exercise with the rate of liver glycogen utilisation proportional to the exercise intensity (9). This happens in order to preserve blood glucose concentrations and provide glucose to the working muscles to supply some of the energy required for movement. The rate at which these liver glycogen stores are depleted can be suppressed with the ingestion of exogenous carbohydrates in the form of sports drinks and gels during exercise (5, 12). This is a fundamental physiological rationale for ingesting some carbohydrates during demanding endurance exercise and why this can improve performance. Indeed, a recent line of research in sports nutrition appears to identify liver glycogen availability itself as fundamentally important for exercise capacity (6, 10, 14). This is perhaps not surprising given fatigue during prolonged exercise and performance in events like Ironman triathlon can be related to an inability to maintain blood glucose concentrations and/or depletion of endogenous carbohydrate stores.

Endogenous ketosis and racing: Do the sums add up?

As such, having adequate liver glycogen available is likely to be critical for peak performance in a metabolically-demanding, ultra-distance race like an Ironman triathlon. So why might we want to be in ketosis? The most straight-forward rationale for why being in ketosis might be beneficial for ultra-endurance competition relates again back to fat and carbohydrate metabolism. Being in ketosis drives up the rate of fat metabolism (20), thus sparing the rate of that those finite endogenous carbohydrate stores are used and that is likely limiting to performance of this duration. Ketosis is likely to do this more than non-ketogenic low-carbohydrate diets that elicit fat-adaptation, due to the greater severity of the carbohydrate restriction. Therefore, it would make sense that ketosis would confer the greatest benefit for performance in Ironman triathlon, given that it drives fat oxidation highest, and some studies have observed relationships between peak rates of fat oxidation and performance in an Ironman (7). However, linking back to our discussion of liver glycogen and its importance for performance, this is likely not the case.

In 2018, we published a theoretical paper modelling the energy and substrate costs of completing an Ironman at different performance levels (13). As we discussed in a previous blog, we used published laboratory data to estimate the energy cost of swimming, cycling, and running at various paces or power outputs, and then estimated the required contribution from carbohydrate metabolism given various rates of fat oxidation, from the low rates seen with high-carbohydrate diets up to some of the highest observed rates based on fat adaptation. We estimated that, for athletes finishing in 8 and 9 hours, the total requirement for carbohydrate oxidation would be ~985 and ~658 grams, respectively, even with very high average rates of fat oxidation of 1.3 grams per minute. These estimated required rates of carbohydrate metabolism are still fairly high (~2.05 and ~1.21 grams per minute, respectively), even with the very high rates of fat oxidation achieved through adaptation to a low-carbohydrate diet. This is why we still recommend a solid rate of high-quality carbohydrate ingestion during racing to minimize the risk of bonking (~50 grams per hour or ~0.83 gram per minute), as ingestion of carbohydrate takes further pressure off our body’s own stores (22). Therefore, at these high-performance levels, and even with very high rates of fat oxidation achieved through fat adaptation and high rates of carbohydrate ingestion during the race, a burden is still placed on the body’s finite endogenous carbohydrate stores, namely muscle and liver glycogen.

In a ketogenic athlete, we might plausibly see slightly higher rates of fat oxidation than this – perhaps 1.4 grams per minute. Even at 1.4 grams per minute of fat oxidation, we would estimate that the overall carbohydrate requirement of finishing the race in 8 and 9 hours would be ~756 and ~396 grams of carbohydrate. Given what we discussed before about ketosis probably requiring a very low liver glycogen content, doesn’t starting a race with this requirement for carbohydrate oxidation, with already low liver glycogen concentrations, sound risky for bonking? This risk might be exacerbated when one considers that taking on exogenous carbohydrate in the form of sports drinks and gels during the race could plausibly diminish ketogenesis and ketosis, reducing the benefits of being in ketosis for fat oxidation whilst still in a state of liver glycogen depletion.

It is worth noting here that our estimates tell a different story for lower-performing amateurs finishing in ~13 hours, hence the reference to “different horses on the same courses” in the title of the article. Indeed, the lower rates of energy expenditure to swim, bike, and run at the paces and powers required to finish in these slower times is much lower (~20kilocalories per minute down to ~13 kilocalories per minute), which is the defining feature of endurance athletes at different performance levels. These lower rates of energy expenditure can plausibly be almost entirely supplied by the rates of fat oxidation seen after fat-adaptation or ketosis. Therefore, the start-line liver glycogen depletion associated with a ketogenic Ironman triathlete aiming to finish the race in ~13 hours may be of less concern.

What, then, is the formula that we are after as long-distance triathletes? How do we maximise fat oxidation rates to spare the rate of utilization of our endogenous carbohydrate stores, whilst still starting the race with fully topped up muscle and liver glycogen concentrations? This is the metabolic status we feel can be achieved by non-ketogenic fat adaptation. Non-ketogenic fat-adaptation is enabled by the ‘sweet spot’ daily carbohydrate ingestion that drives up our body’s capacity to make use of our fat stores as energy fuel during ultra-endurance exercise like an Ironman triathlon, without requiring the depleted liver glycogen stores necessitated for chronic ketosis. Like most things when it comes to performance, “the devil is in the detail”.

In summary, being able to metabolize fat effectively is likely a critical trait required for success in ultra-endurance sport like Ironman triathlon, as the burden placed on finite endogenous carbohydrate stores is reduced along with the risk of bonking. However, if the low-carbohydrate dietary strategy used to achieve so-called ‘fat adaptation’ is exaggerated to the point of ketosis, negative effects secondary to depleted liver glycogen concentrations are possible, particularly at high-performance levels. Therefore, beginning a race in a ‘sweet spot’ of fat adaptation and topped up muscle and liver glycogen concentrations is likely to be the most advantageous for Ironman triathletes.

If you’re interested in maximizing your fat adaptation, be sure to sign up to our Endure IQ LDT101 course, details here.