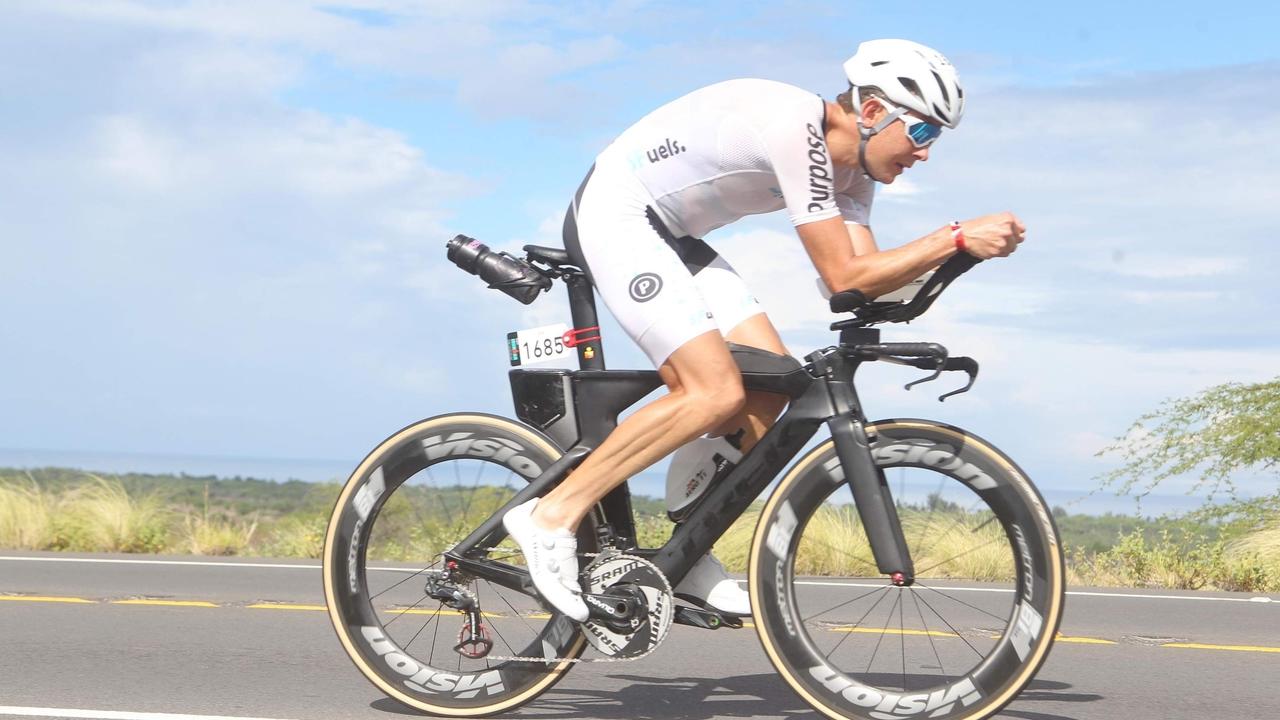 As we discussed in part one of this blog, our recently published study led by my PhD student Ed Maunder (5) identified that moderate environmental heat stress of 35°C and 60 % relative humidity stimulates our carbohydrate use during cycling, but probably only at high intensities rather than the more moderate Wattages we cycle at most of the time during an Ironman triathlon. Practically, this might mean that we are cautious to limit high intensity spikes during the World Championships in Kona where we face the dual threats of bonking, and high heat, given that this could theoretically spin our carbohydrate use to a much greater extent than at an Ironman taking place at a lower temperature.

The second part of that same study sought to examine these effects under both more extreme, and less extreme environmental heat stress, given the wide-ranging conditions we encounter on the Ironman circuit, at different events and also within the same event. For example, it’s well known that the temperature soars when running out of the infamous Energy Lab.  In this study, we wanted to know if the effects of heat stress on carbohydrate use during cycling are exacerbated when the environmental temperature climbs from the moderate ~34-35°C we used in the first study up to 40°C. Similarly, we also wanted to know if this metabolic effect of heat stress is of any practical concern at a more breezy 28°C, which is what we might see at Ironman Cairns, for example. Lastly, and perhaps most importantly, we wanted to see if, under more extreme environmental heat stress – i.e. at 40°C – the exercise intensity ‘threshold’ before the heat starts to spin carbohydrate metabolism is lower. In other words, we wanted to know if 40°C heat would increase carbohydrate utilization at more moderate, Ironman-type intensities, which our first study at 35°C heat did not.

To answer these questions, we had 11 cyclists cycle for 20 minutes at a moderate relative intensity, immediately followed by 5 minutes at a high relative workload, again based on ventilatory thresholds in a prior assessment, in 18, 28, 34, and 40°C, all with 60 % relative humidity. Again, we collected blood, expired gas, and thermoregulatory data.

Our results uncovered two key points; firstly, at the moderate intensity, the environmental temperature needed to be very high before significant increases in carbohydrate use were observed (i.e. 40°C), whereas at the high intensity, significant heat stress-induced increases in carbohydrate use were observed at 34°C as well as 40°C. This is shown in Figure 2 below: 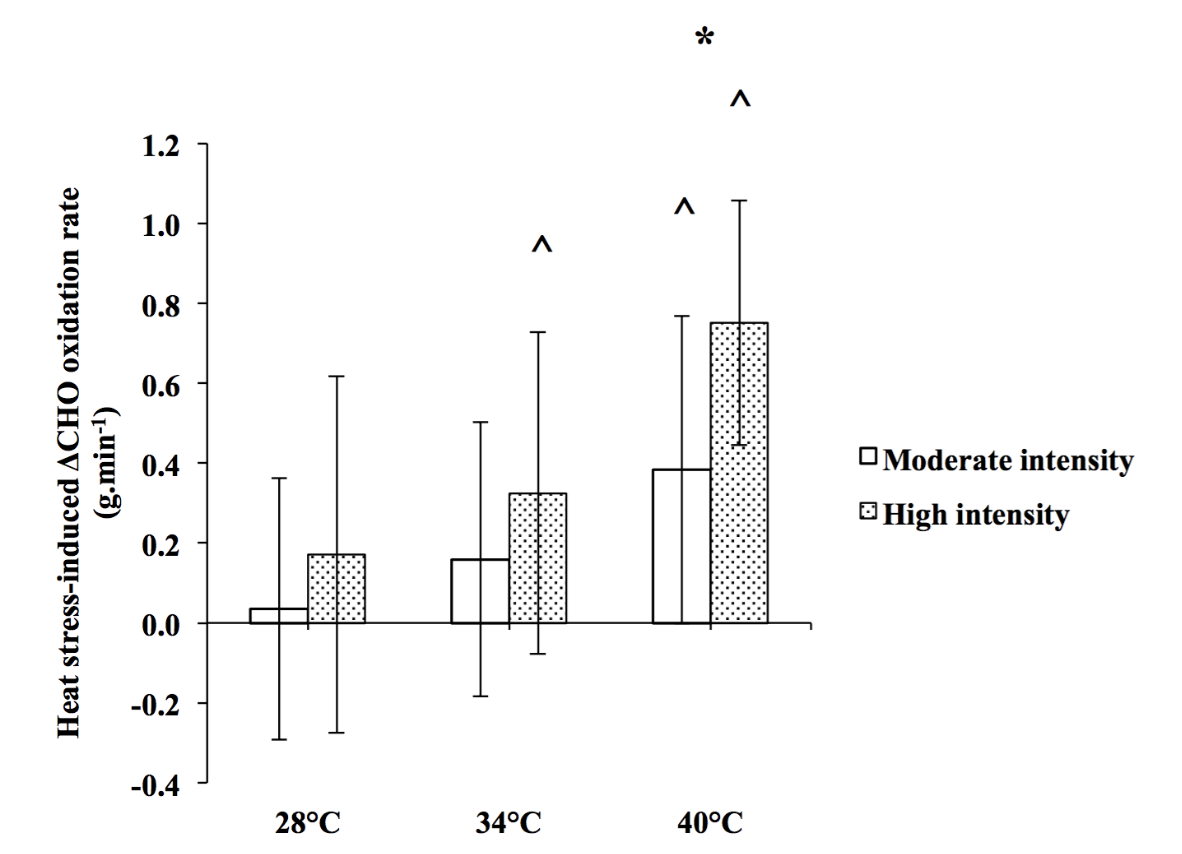 Together, these two points give us a fairly strong indication that the metabolic effects of heat stress are exacerbated by:

So, what can we as long-distance triathletes make of these results? Well, the first point to note is that the metabolic effects of heat for our event are probably less pronounced than we previously thought. At the intensities at which Ironman events take place, the environmental temperature probably has to be pretty high before we start seeing our carbohydrate metabolism spin. However, if we get our pacing wrong, and we push harder than we should (or it’s a very hot year in Kona), the usage of endogenous carbohydrate stores will be exacerbated. Furthermore, add a period of both heat and intensity and you have a “double whammy!”. This could easily be the case running out of the energy lab (uphill and hot), or similarly miss-pacing the start of the run section along Alii Drive. A section which has little shade and breeze, and is notoriously hot.

Kona is just around the corner. For those of you racing, good luck, and race smart!