Should I train my gut? Both sides of the coin on preserving endogenous carbohydrates 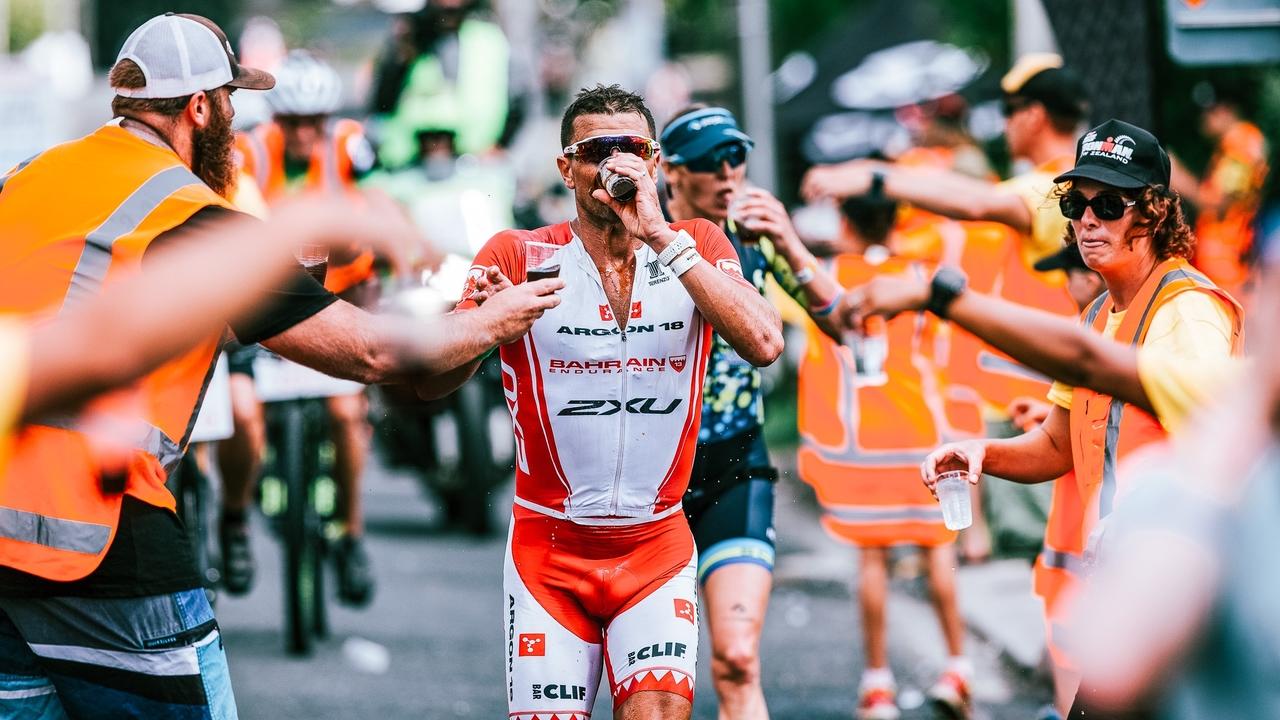 As we have mentioned in previous blogs, during ultra-endurance events lasting ~8-15 hours like long-distance triathlon, the preservation of endogenous carbohydrate (CHO) stores is one of the key determinants of success (25). As humans, we possess a finite capacity to store CHO energy as glycogen, typically <3000 kcal, of which ~80% is stored in muscle and ~10-15% in the liver (7). Assuming typical running economy values observed in highly-trained distance runners (1.07 kcal.kg-1.km-1) (6) and a body mass of 68 kg, these endogenous CHO stores would not be sufficient to support even one marathon alone (~3070 kcal), let alone a marathon following a 3.8-km swim and a 180-km bike ride. Accordingly, exercise of sufficient duration and intensity – such as an Ironman – will deplete these endogenous CHO energy stores to very low concentrations, and this glycogen depletion has been linked to the fatigue we feel in the late stages of a race (27–29).

In this blog, we are going to discuss the evidence for ‘training the gut’ in order to up-regulate our capacity to make use of exogenous CHO during endurance exercise. We will then discuss alternative methods for preserving our finite endogenous CHO stores, and evaluate what this means for us as long-distance triathletes. 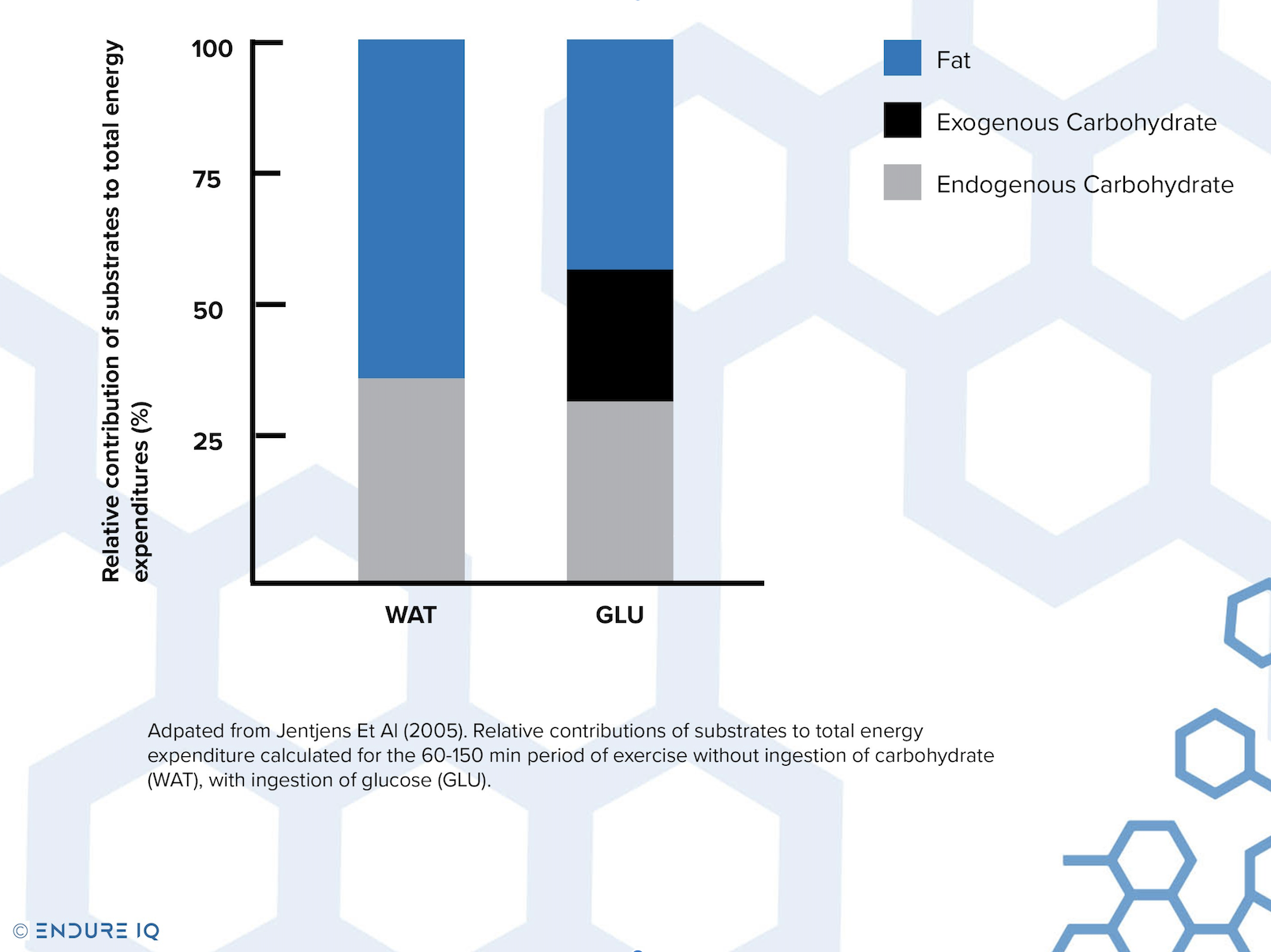 Figure 1. Illustration of how ingesting glucose during exercise reduces both endogenous CHO and fat oxidation.

However, this approach is rate-limited. When ingesting glucose or maltodextrin, the main CHO found in most sports drinks and gels, it appears we can only absorb ~60 g.h-1 across our gut and into the circulation (8). This means that, whether we ingest glucose at 60 g.h-1, 90 g.h-1, or ~120 g.h-1, we are only able to actually use ~60 g.h-1 to support energy metabolism; the rest will just sit in the gut (20). Subsequently, researchers demonstrated that if we ingest multiple types of exogenous CHO concurrently, e.g. glucose and fructose, we can achieve higher rates of exogenous CHO utilization and further reductions in endogenous CHO utilization (10–15, 19, 24, 36). This effect is made possible because fructose is absorbed across the gut using a different intestinal transporter than glucose. With multiple types of exogenous CHO ingested concurrently, we might be able to achieve exogenous CHO oxidation rates of ~90 g.h-1, which translates to ~6 kcal.min-1. 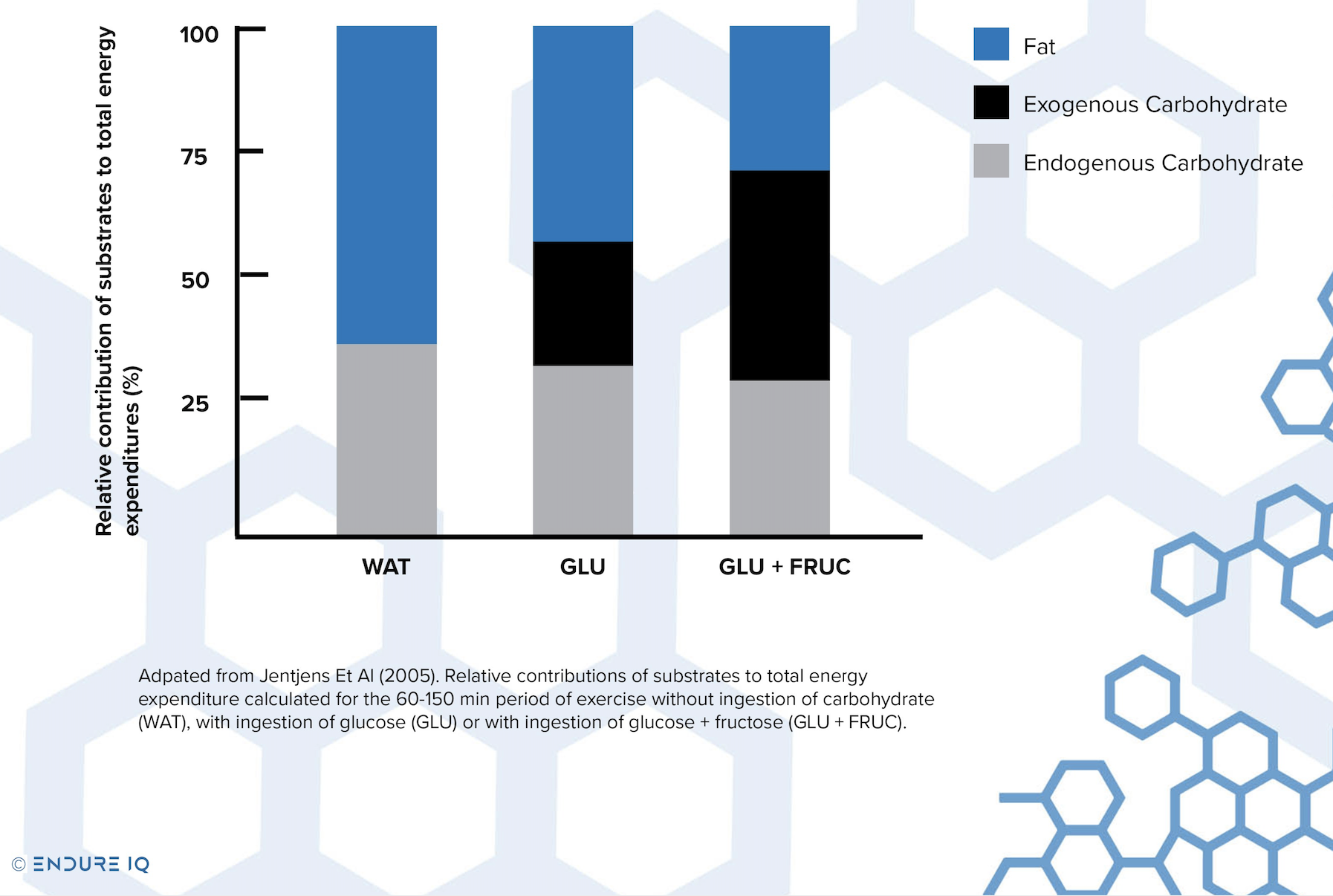 Figure 2. Illustration of how ingesting glucose and fructose concurrently during exercise further reduces both endogenous CHO and fat oxidation.

Can we increase exogenous carbohydrate absorption and oxidation by training our guts?

When we perform repeated exercise training, we challenge our muscles and cardiovascular systems such that they adapt and improve their capacity to respond to the exercise stimulus next time. What about our guts? If we repeatedly challenge our gut to absorb exogenous CHO at the highest rate possible, will it adapt and allow greater rates of exogenous CHO absorption and oxidation in the future? This is the principle behind ‘training the gut’ (2, 17).

The research in this field is certainly in its infancy; however, there are four studies of this ‘gut training’ approach that are particularly worth drawing your attention to (4, 5, 23, 26). The first showed that five days of training with high rates of CHO-electrolyte fluid intake in runners resulted in improved self-report stomach comfort, without differences in gastric emptying, or the rate at which fluid moved through the stomach (23). As we will discuss in LDT103: Otimizing LDT Training and Performance in the Heat, this may be useful for those athletes preparing for long-distance triathlons in hot environments who suffer gastrointestinal symptoms when ingesting fluid at high rates. The next study assessed the effects of a high-carbohydrate diet over four weeks during and outside of training as a means of improving the capacity to absorb and utilize exogenous CHO during exercise in sixteen male cyclists and triathletes (5). The authors reported that exogenous CHO oxidation from a 10% glucose beverage did indeed increase during a 100-min steady-state ride following the intervention in the high- but not low-carbohydrate group, but only by ~9 grams over the 100 min (~36 kcal). Therefore, whilst this study suggests training with consistently high CHO availability can have a positive effect on our ability to utilize exogenous CHO during exercise, the magnitude of the change was not substantial and meaningful in terms of performance enhancement.

Two studies published by the same research group from Australia in the last few years assessed the effects of ‘gut training’ directly, having runners train for two weeks with high exogenous CHO ingestion during training (~90 g.h-1) or a placebo (4, 26). The researchers had participants perform a ‘gut challenge’ trial before and after the intervention, in which they measured gastrointestinal symptoms and evidence of malabsorption (breath hydrogen, H2) during a 2-hour run at 60%VO2max with 90 g.h-1 exogenous CHO ingestion. Both studies reported substantial improvements in gastrointestinal symptoms, and a reduction in evidence of carbohydrate malabsorption, following the gut training intervention. These studies did not measure exogenous CHO oxidation.

Therefore, the limited evidence that is currently available on ‘training the gut’ seems to suggest this approach can be useful for reducing debilitating gastrointestinal distress symptoms associated with high rates of exogenous CHO ingestion in some athletes, particularly runners. There may be some effect on exogenous CHO oxidation, but at present there is little data available on this, with one study showing a quite small effect.

Fat metabolism: The other side of the coin

Before we move on to consider the other major strategy to reduce endogenous CHO oxidation during exercise, it is worth discussing some of the major hurdles faced when trying to achieve such high rates of exogenous CHO ingestion during exercise, gut trained or not. It is well known that high rates of exogenous CHO ingestion can cause debilitating gastrointestinal symptoms in some athletes (30, 31), and that gastrointestinal distress is a major cause of DNF-ing in our sport. It is also true that our ability to oxidize exogenous CHO during exercise is impaired when training or racing in a hot environment, alongside greater reported symptoms of gastrointestinal discomfort (16). This is disconcerting considering the pinnacle of long-distance triathlon takes place in hot and humid conditions in Kona. This is something we cover in great detail in LDT 103. There are also studies now showing risks of ‘overdosing’ exogenous CHO, where ingesting CHO beyond rates of intestinal absorption can actually increase endogenous CHO utilization and impair endurance performance compared to exogenous CHO ingested at the rate of intestinal absorption (21, 22).

These factors give us cause to be cautious about very high rates of exogenous CHO ingestion during exercise, whether we are ‘gut trained’ or not. An alternative approach to reducing dependence on endogenous CHO oxidation during exercise is to undertake diet and exercise strategies designed to increase the capacity for fat oxidation during exercise. This has the potential to be a potent strategy, given that human fat stores are effectively unlimited in the context of long-distance triathlon (e.g. at 68 kg with 10% body fat, we would have >65000 kcal stored as fat). Furthermore, unlike CHO absorption, fat metabolism holds more constant when exercising in the heat at a low intensity similar to that of LDT.

There is convincing evidence that undertaking some form of ‘fat adaptation’, that is, consuming a lower carbohydrate diet, will increase our use of fat as an energy source during exercise, and in turn lower our CHO oxidation rate (3, 32, 33). An advantage of this approach is that high rates of exogenous CHO oxidation are not necessarily required to sustain exercise of a given intensity for prolonged periods, thus somewhat mitigating the risk of debilitating gastrointestinal symptoms associated with high rates of nutrient intake during exercise. Indeed, Shaw et al. (32) demonstrated that runners were able to maintain their time-to-exhaustion at 70%VO2max (~2.5 hours) after four weeks of a very low carbohydrate diet, despite not ingesting any CHO at breakfast or during the trial, as they had done previously. Therefore, this might provide a useful strategy for athletes participating in ultra-endurance events like Ironman triathlon but not able to tolerate very high rates of exogenous CHO oxidation. Of course, Dan took advantage of being ‘fat adapted’ during his Kona Ironman age-group course record-breaking victory in 2018 (see more in LDT 101); taking just ~50 g exogenous CHO per hour on the bike, and only ~40 g during the entire marathon. This more modest exogenous fuelling strategy really alleviated any concerns about the potential for gastrointestinal issues, whilst still leaving him strong enough to run the 5th fastest marathon (2 hr 50 min) on the day!

We feel, therefore, that whilst ‘training the gut’ might be an effective means of reducing gastrointestinal discomfort in those athletes who want to ingest very high rates of exogenous CHO ingestion during exercise, the effectiveness of this approach for actually increasing exogenous CHO oxidation and sparing our own endogenous CHO stores is still a little underwhelming, and there will always be risks when trying to consume exogenous CHO at such high rates during racing – from a gastrointestinal and metabolic perspective. Therefore, adopting strategies that focus on the other side of the coin – that is, increasing fat utilization during exercise - may provide a more useful means of meeting the energetic requirements of exercise without needing to fill the stomach with sugars and risk DNF-ing. That’s particularly important when we consider that our sport is supposed to be fun(!), and the bloating and cramping that can come with very high rates of nutrient ingestion during training and racing can be anything but.

So, here are our key take-aways for long-distance triathletes:

For more information about our latest course LDT103: Optimizing Long Distance Triathlon Training and Performance in the Heat, due to be released mid-June, please check out www.endureiq.com/why-ldt103

If you would like more information about LDT101: The Practical Application of Low Carbohydrate Performance for Long Distance Triathlon, visit www.endureiq.com/why-ldt101