CHO Supplementation for High Intensity Training in LCHF Long-Distance Triathletes: When and How 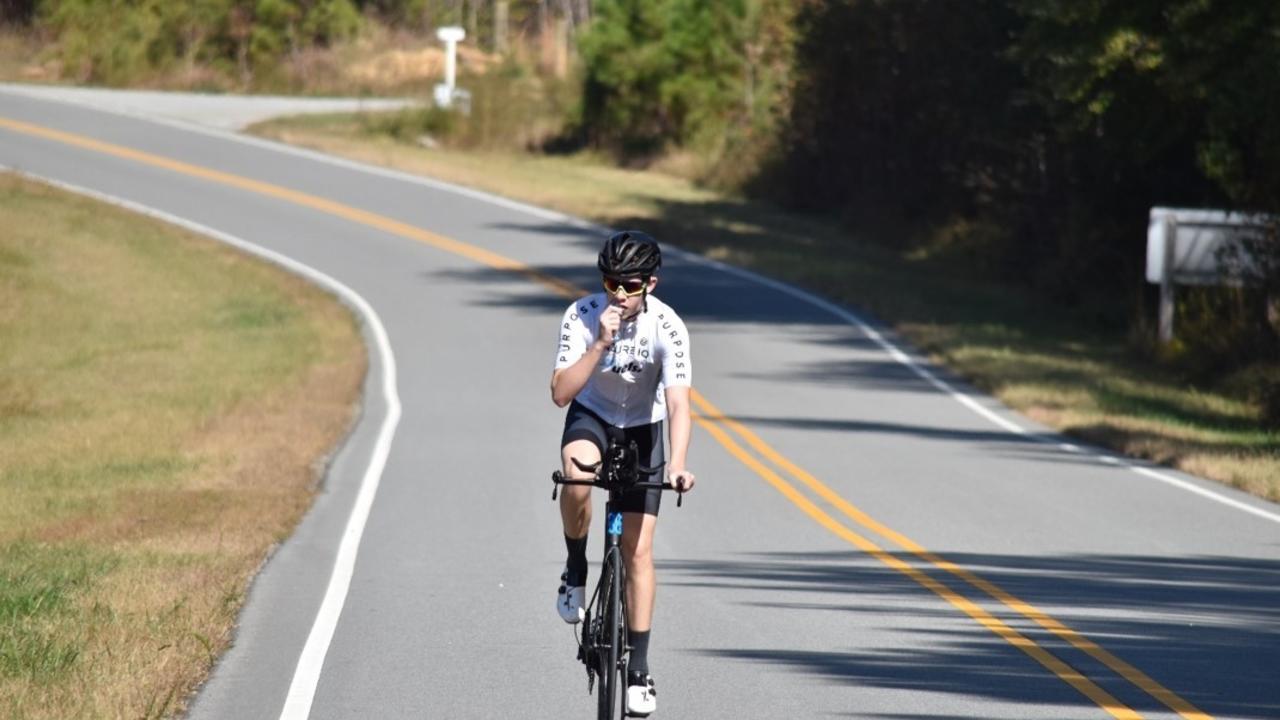 By now, I hope all of our current and past LDT101 course enrolees are convinced of how important it is to maximise your capacity to make use of your effectively unlimited fat energy stores during long distance triathlon. As Prof. Grant nicely puts it during the course introduction in Endure IQ LDT101: The Practical Application of Low Carbohydrate Performance for Long Distance Triathlon, “the devil is in the detail!”.  In this blog post, I am going to describe specific training situations in which using a small “carbohydrate booster” might be a useful tool in getting the best adaptive bang for your buck.

As we have discussed previously, one of the main anxieties endurance athletes have before making the move to LCHF, is the possibility of suffering a loss of high-intensity performance. The strategy we set out in LDT101 should go some way to alleviating these anxieties but it is no secret that being able to access carbohydrate energy stores is important for short-duration efforts. However, a key mistake made by many in their transition to the low carbohydrate approach is to shy away from high-intensity efforts in training, particularly during the adaptation phase. As described in one of our previous blogs which detailed our recent 12-week study, keeping these high-intensity efforts in the program is critical for LCHF athletes being able to maintain and even improve their top-end.

Another consideration for us LCHF long-distance triathletes performing these high-intensity training sessions, is how we fuel. In LDT101 we describe the merits of fasted training sessions, and the additional adaptations we get from performing training with lowered fuel availability. However, there are some specific instances in which we might instead seek to increase fuel availability with a pre-exercise carbohydrate booster to maximize the intensities that we can achieve during training. These specific instances are our ‘best-effort’ high-intensity interval training sessions, where high intensity is being defined as any effort above functional threshold power or critical run/swim speed.

Sure, if we cycle six 3-minute intervals ‘clamped’ at a power output of 300 W, we will get more training adaptation if this is done without carbohydrate fuelling beforehand. Indeed, when high-intensity interval training sessions are performed at ‘clamped’ intensities, physiological and perceptual responses are similar in LCHF and habitual, high-carbohydrate athletes (1). However, if the output of the session is not ‘clamped’ and we look to complete the intervals as a ‘best effort’, with a small quantity of pre-exercise carbohydrate (20-80 grams) we might instead be able to perform these 3-min intervals at 320 W. As I will explain, when the goal of a specific high-intensity training session is to maximise work outputs to build our top-end, this might well be a favourable approach.

As we mentioned in LDT101, Christopher Webster and colleagues at the University of Cape Town in South Africa, published a case study in 2018 in the International Journal of Sports Physiology and Performance, describing the use of this approach in an elite triathlete (4). These guys are great researchers, and if you would like to follow some healthy academic debate we had with them, take a look here! Indeed, the triathlete in question had been adhering to a strict LCHF diet for two years, ingesting <80 grams of carbohydrate per day, and training and racing successfully with only water. However, as is the case with many LCHF athletes, he was concerned that his high-intensity performance might have been compromised, and so wanted to experiment with a carbohydrate ingestion regimen for high-intensity training and during competition.

The researchers had the triathlete consume his regular LCHF diet for four weeks (similar to cold-keto, pushing the adaptation), and then made a range of performance measurements over a three-day period. The triathlete then ate his regular diet for a further 3 weeks, but added carbohydrate for his three weekly high-intensity interval training sessions and during the repeat performance tests.

After the three-weeks of specific carbohydrate fuelling for high-intensity training, this elite triathlete had an ~8% improvement in power output during a 20-km time-trial (272 to 294 W), as well as a ~3% reduction in performance time. His 30-second sprint and 100-km time-trial performances were largely unchanged, and he may have seen a minor improvement in power output during a 4-min test (~7 W, ~1.6%). Whilst this is only a case study of one elite athlete, it does provide encouraging results for the suggestion that planned additional carbohydrate fuel rations for specific high-intensity training sessions might be beneficial for high-intensity performance in a LCHF athlete.

Inside the Muscle: What does this mean for Training Adaptation? 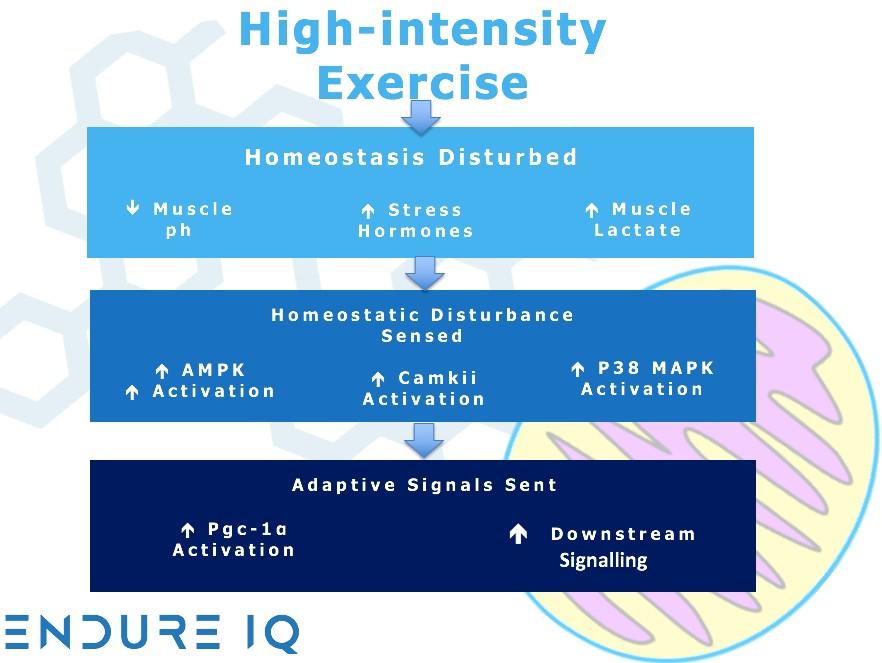 So, ingesting a small carbohydrate ration prior to a ‘best effort’ interval training session will probably allow us to put out more power than performing the same session fasted. But why is this favorable for training adaptation when we know that pre-exercise fasting increases the training stimulus?

The answer to this question relates to two key points that we cover extensively in our newest course, LDT102: Training Program Fundamentals for Long Distance Triathlon, (i) the goal of the training session and (ii) the physiological mechanisms that drive adaptations to training.

The goal of performing a best-effort, high-intensity interval training session is to put out as much power as possible in short bursts, as this will generate the largest disturbance to our body’s physiology (or homeostasis), and encourage adaptation in order to better cope with the exercise stimulus next time. This is achieved through molecular-level signals generated by exercise which sense the homeostatic disturbance, and subsequently activate a series of proteins that tell the muscle to build more machinery for exercise, or mitochondria (2). This is what training adaptation is.

So, when we plan a specific, best-effort high-intensity training session with the aim of achieving the highest manageable work outputs, we might consider supplementing a little carbohydrate beforehand to push up our session power and therefore maximise the homeostatic disturbance and training stimulus we can evoke. We might limit this strategy to only those instances in which we feel it is needed, and when we are really looking to push the envelope in our intervals.

If you’re doing training that is clamped at a particular power, pace or training zone (how we train ~98% of the time), it’s best to keep the carbohydrates low, adhering to the LCHF lifestyle. However, if you’re just “going for it” trying to do your best effort, take some carbs. The correct amount is different for everyone, but in my experience, this ranges from 20-80g. I typically find 20g is enough, but other athletes I coach (e.g. Jan Van Berkel) find 60g is his sweet spot. 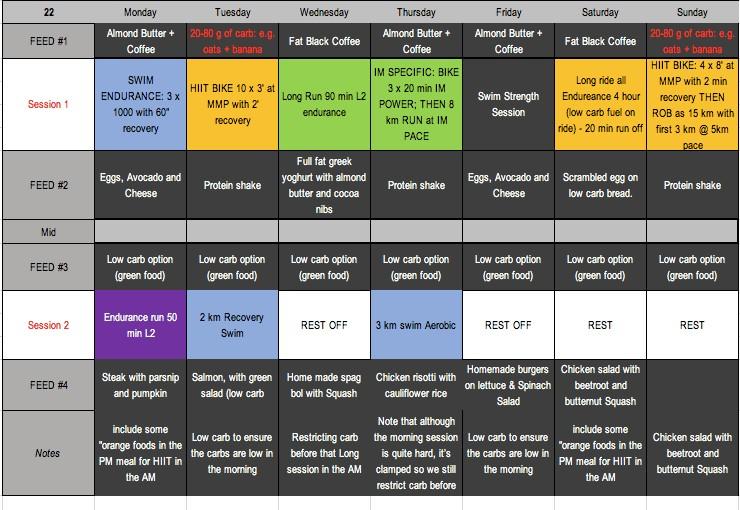