Carbohydrate Nutrition: An update on hydrogels and in-race carbohydrate dosing 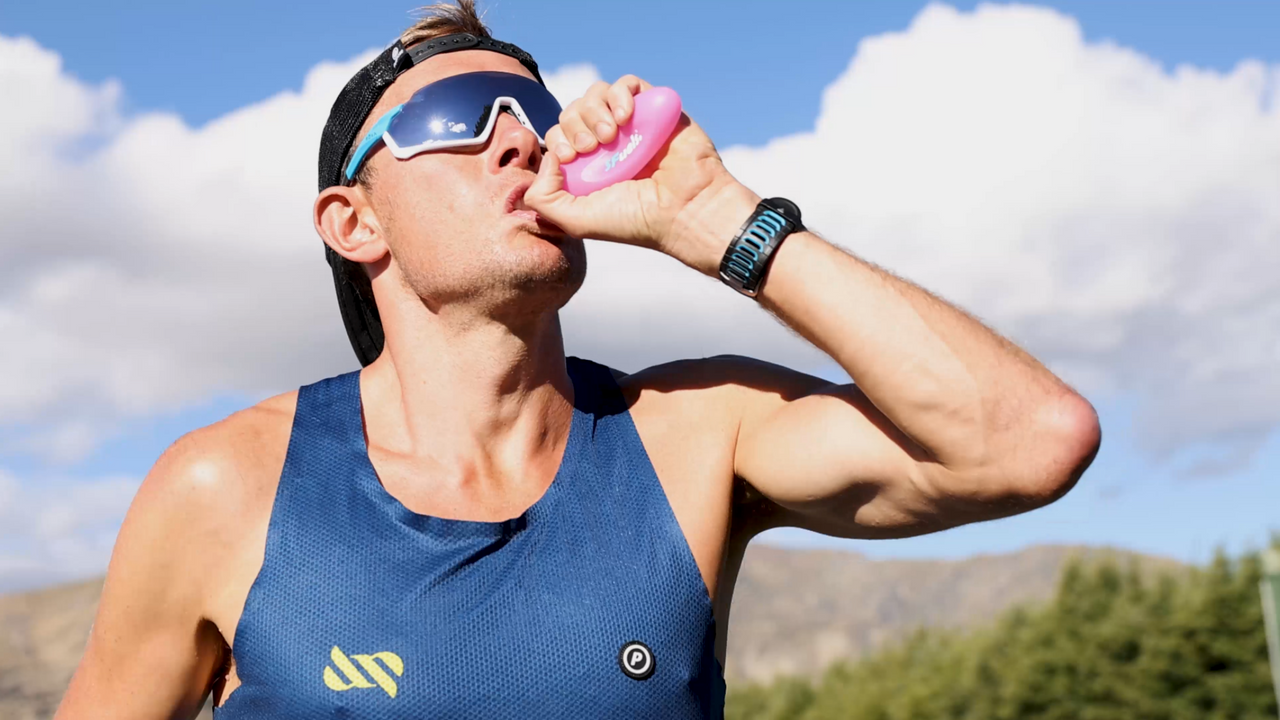 We discussed the science of carbohydrate ‘hydrogels’ in a previous blog. Carbohydrate hydrogels are regular carbohydrate-containing sports drinks, with pectin and sodium alginate added. Pectin and sodium alginate have little effect until the drink reaches the high acidity of the stomach, where it forms a gel-like mixture. The gel-like mixture allows for a faster pass through the stomach into the intestine – what is called ‘gastric emptying’ – and speeds the rate at which the ingested carbohydrate is available for absorption across the intestine and, theoretically, utilisation as a fuel source by the working muscles.

When I wrote the blog in 2020, a handful of studies looking at the gastrointestinal and metabolic effects of carbohydrate hydrogels had been published. My conclusion at that point was that hydrogels might provide an effective means of accelerating gastric emptying, although the research did not demonstrate positive effects on exogenous carbohydrate availability or gastrointestinal symptoms during exercise. This was a similar conclusion to that of a review published in Sports Medicine by Andy King and colleagues around the same time (5). Since then, a couple of really well-conducted studies have been published, so I thought now was a good time to have another look at the evidence and update my recommendations.

What does the new science on hydrogels say? So, these data may suggest that carbohydrate hydrogels have a place in the endurance sports nutrition arsenal, given performance, exogenous carbohydrate oxidation rates were, and gastrointestinal comfort was all improved. This begs the question, why were positive effects seen in this study, and not in those that preceded it? One of the authors of the study – Andy King again – was asked exactly this on a recent Scientific Triathlon podcast. He indicated that this may have been attributable to the protocol used; running compared to cycling, coupled with the slightly higher intensity used, may have created a more challenging scenario in terms of gut comfort that allowed the marginal benefits of hydrogels to present themselves. This seems a reasonable explanation, as we as triathletes know that gut issues are more likely on the run than during the bike. Interestingly, when asked where the application for hydrogels might be, he indicated that as many athletes struggle with fructose ingestion during exercise, hydrogels may be helpful for these individuals if they want to use fructose to achieve higher carbohydrate ingestion rates than can be achieved with glucose along. Indeed, we have known for a while that combining glucose and fructose allows for greater rates of exogenous carbohydrate oxidation, as it is possible to absorb carbohydrates at rates greater than the absorption limit for glucose of ~60 g.h-1 (2). This may be a particular consideration for athletes who have poor ability to use fat metabolism (and are therefore very dependent on carbohydrate metabolism) during exercise, and also have high rates of energy expenditure (e.g. high power outputs on the bike and paces on the run).

The second new hydrogel study to mention was published by Shaun Sutehall et al. in Frontiers in Nutrition (7). In this study, participants ingested 70 g.h-1  of maltodextrin and fructose as a standard carbohydrate solution or hydrogel, a massive 180 g.h-1  of maltodextrin and fructose as a hydrogel, or water during 105 min of running at 70% VO2max (7). Focusing on the 70 g.h-1 data, hydrogel ingestion did not enhance exogenous carbohydrate oxidation or impact reports of gastrointestinal symptoms during exercise. Coupling these data with those of the previous study, this supports the contention that hydrogels are more likely to be of use during challenging scenarios where the dose of carbohydrate ingested during exercise is notably high (perhaps 90 g.h-1 or so).

Should I bother with hydrogels?

My recommendation is still that you probably need a very strong rationale to justify using these products ahead of standard carbohydrate nutrition. Hydrogels probably won’t hurt your gut or your performance, but they are much more expensive than standard carbohydrate gels and drinks! That said, hydrogels may be helpful for those vulnerable to gastrointestinal distress, but still seeking to achieve very high rates of carbohydrate ingestion during competition. Hydrogels or not, this strategy will always be risky, and should be mastered in training in competition conditions and intensities first! At SFuels we use highly branched cyclic dextrin (HBCD) in our high carb formulas, such as the Race + gels.  HBCD has been shown to provide an ergogenic advantage over other carbohydrate sources via faster gastric emptying and faster absorption, similar to the hydrogels. This co-insides with superior endurance performance, as shown in multiple studies for HDCD compared to pure glucose ingestion (8). And importantly, it's very easy on the gut. But more to come on that in future blogs ;).

Last, as I’ve said many times before, the least risky, and ‘healthiest’ scenario in long-distance triathlon would be to improve your ability to metabolise fat and become less dependent on carbohydrates entirely. This seems to be an option that is missed time and time again in the literature and the recommendations by coaches and nutritionists. As mentioned in previous blogs, as athletes and coaches we need to consider both sides of the coin. Personally, when I finished in 8 hours and 24 minutes in Kona, I consumed 50-60 g.h-1 on the bike, and 20 g.h-1 during the marathon. That’s 45% less than many of the recommendations suggest! 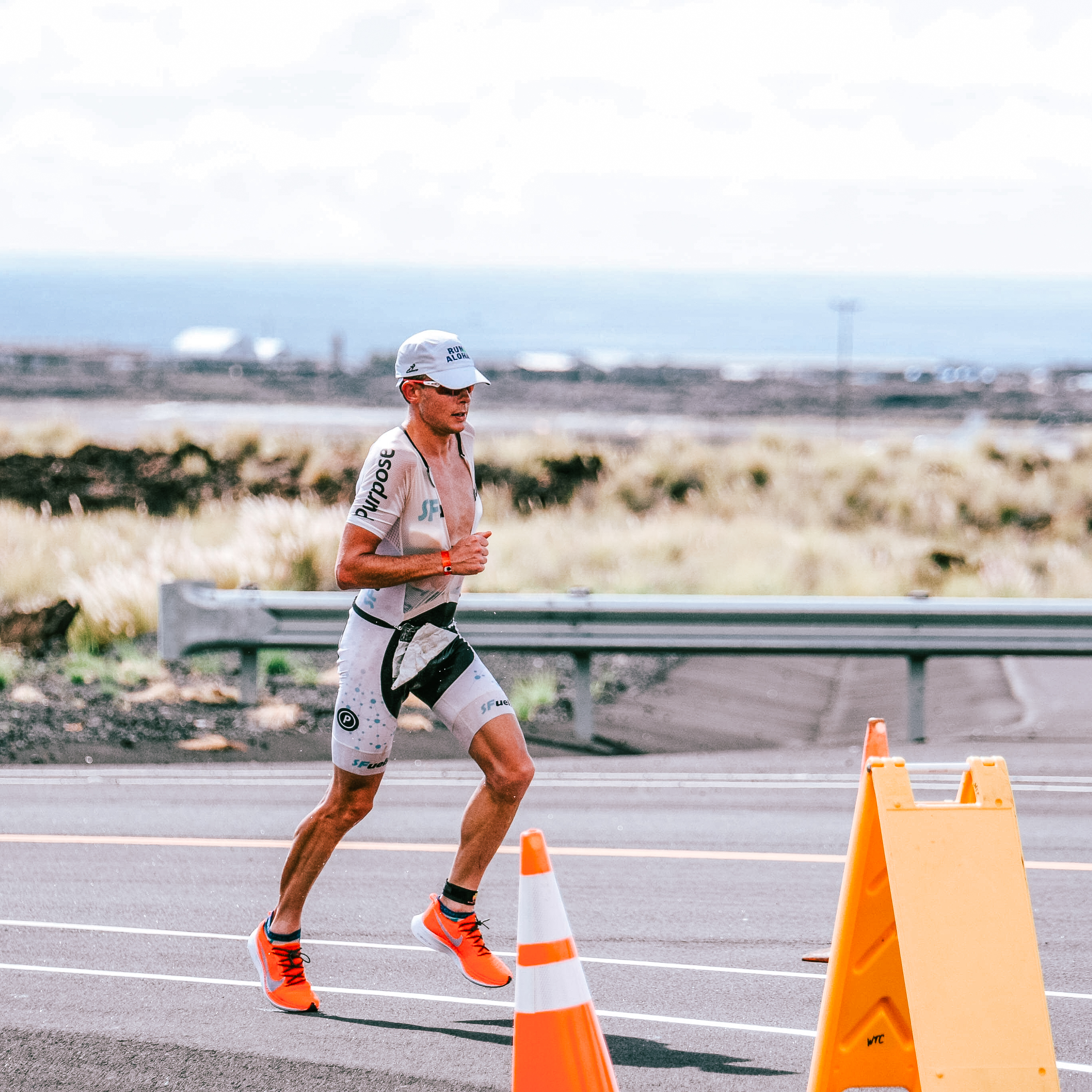 On the subject of dose

While I still have your attention (hopefully! J), let’s talk about the new science of carbohydrate dose during endurance exercise, as some exciting new research has just been published in the Journal of Applied Physiology (1). As I alluded to above, our understanding of carbohydrate nutrition dosing during exercise is that up to a maximum of ~60 g.h-1 of glucose/maltodextrin can be absorbed and used for oxidation, but the addition of fructose to this dose of glucose allows greater rates of carbohydrate ingestion, absorption, and oxidation, because fructose uses a different transport protein to move from the gut into the bloodstream (2). Therefore, when ingesting glucose and fructose together, we can absorb carbohydrates at rates exceeding the absorption limit for glucose alone. Most studies of so-called ‘multiple transportable carbohydrate regimens’ have recommended ingestion at rates up to 90 g.h-1 during prolonged exercise

The new study showed that ingestion rates of 120 g.h-1 during three hours of moderate-intensity cycling (95% of the lactate threshold) were tolerated well by a group of male endurance athletes (1). If that sounds like a lot of carbohydrates, it is. Carbohydrates were ingested as combined glucose/maltodextrin and fructose in different forms – drink, gel, or as a semi-solid chew, these comparisons were the main purpose of the study. These results therefore suggest that multiple transportable carbohydrate approaches may allow even greater rates of carbohydrate ingestion to power performance than previously thought.

We should also consider some of the simple details of the study. The study was conducted in cycling rather than running, and we know that gut tolerance is much better during cycling. We can’t say what would have happened to gut comfort had participants needed to jump off their bikes and run a marathon, either.

Importantly, the study was conducted in male athletes; we would need to see these data replicated in females before recommendations could be made for female athletes. It is quite possible, but by no means certain, that males may be able to tolerate carbohydrate ingestion at higher rates during exercise due to having (on average!) larger stomachs, intestines, and livers (carbohydrates are first taken to the liver after entering the bloodstream).

There is also some interesting research that suggests we should be cautious to avoid ‘overdosing’ on carbohydrates from a metabolic standpoint, rather than just ingesting as much carbohydrate as we can tolerate. In 2018, Andy King and colleagues reported that ingesting 112.5 g.h-1 glucose and fructose in a 2:1 ratio during two hours of cycling at 77% of V̇O2max resulted in greater muscle glycogen use compared to 90 g.h-1; this higher ingestion rate may also have had negative effects on performance in a subsequent 30 min time-trial (4). These results were mirrored in a follow-up study in which glucose and fructose were ingested at 80, 90, and 100 g.h-1 during three hours of cycling at 60% of V̇O2max; muscle glycogen oxidation was lower and subsequent time-trial performance better with 90 compared to 100 g.h-1 (3).

Such high doses may have benefits for professional cyclists, competing in grand tours. In such situations, the energy balance can be a real problem, with 8000+ calories of energy expenditure per day for 21 days. Although carbohydrate doses >90 g.h-1 seem unlikely to be oxidised, larger doses will likely provide additional calories helping with the overall energy balance on a day-to-day basis.

The moral of this story is, for long-distance triathlons at least, “MORE IS NOT BETTER!”.

So, what to make of all that data? Well, we know that we need to consume carbohydrates during long-distance triathlons to perform at our best. Consuming carbohydrates at rates up to 90-120 g.h-1 when on the bike may be possible for some people, although this likely requires high tolerance to fructose and should be trialled in training first. You may even consider ‘training your gut’, as discussed in one of our previous blogs, which has been shown to increase tolerance (not oxidation rates!).  If choosing to adopt this aggressive feeding approach, hydrogels may help.

Consuming carbohydrate at these rates during a long-distance triathlon is logistically challenging – where are you going to store them on your bike? – and do remember that you need to hop off the bike and run a fast marathon afterwards! As mentioned, the 120 g.h-1 data may be most useful for those working in road cycling, particularly in multi-day, Grand Tour-type settings where docile periods of long stages may be a vital strategic opportunity to help meet the carbohydrate energy requirements of demanding events lasting weeks.

And last but not least, remember ‘both sides of the coin’ – in my experience training your fat metabolism, not your gut is the safest and best solution. It’ll mean things are a lot simpler come race day!

Endure IQ's weekly Brew Up newsletter brings you Dr. Dan Plews' weekly top 5. Everything from the latest science and tech, to must read books/podcasts, and weekly workouts. Click on the image below to sign up!