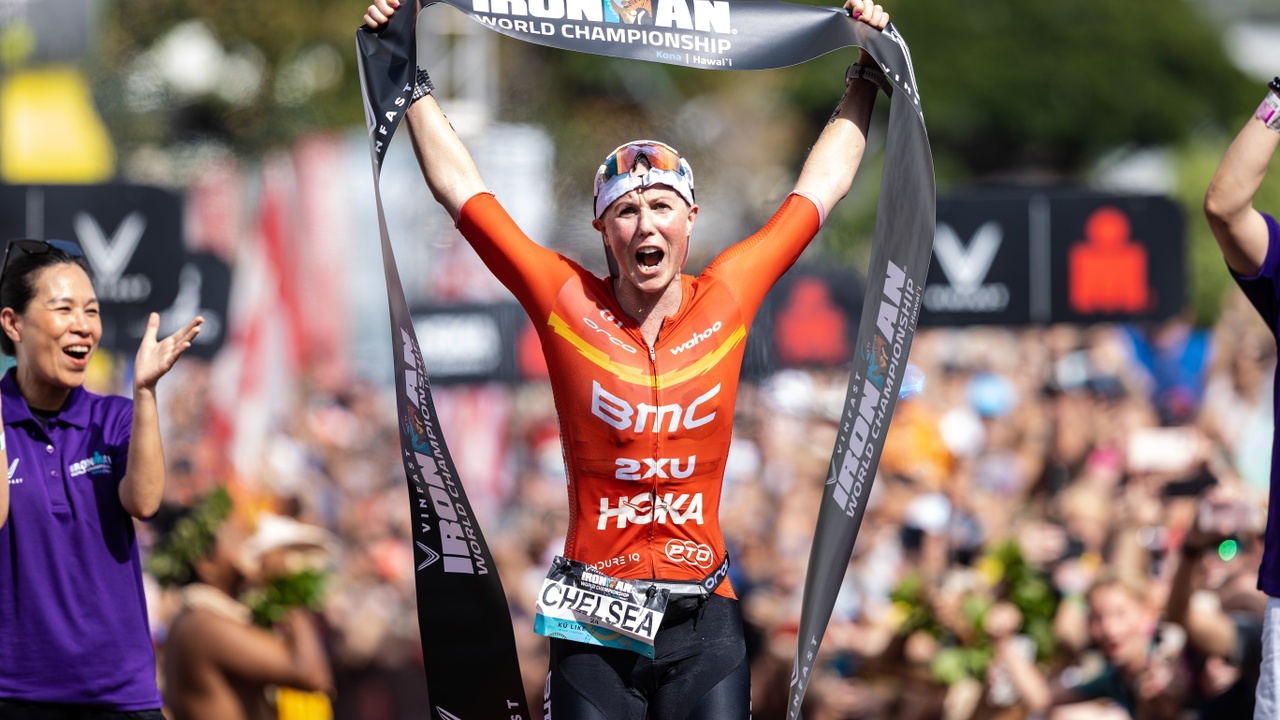 On Thursday, 6th October 2022, Chelsea Sodaro did something pretty special! She won the Ironman World Championships to become the first American woman to win since Paula Newby-Fraser in 1996. Chelsea and I believed that she would one day win this race (she certainly has all the goods), but for it to happen so soon was a shock for both of us. We talked about the top 3 being excellent, but a win is out of this world! Chelsea’s 8 hours 33 minutes finishing time was the second fastest time ever by a female at Kona. The competition was among the strongest assembled, with Lucy Charles-Barclay and Anne Haug in 2nd and 3rd position. Well done, Chelsea!

This has been one incredible journey, having taken on Chelsea initially when she was just 6 weeks pregnant. But some fundamental principles got Chelsea to that outstanding performance on race day. Of course, the training and data are a massive part of all this. Still, I also wanted to share some more global concepts that had a considerable impact. Even if I didn't know it at the time!

This is something I said to Chelsea shortly after Skye was born. To be honest, I said it very much off the cuff, but I know it was something Chelsea held onto moving forward. What did I mean by this? As parents (and a dad myself), being clear on what's important and what isn't gives clarity. And often, we can find ourselves torn between what we should be doing at the time and feeling guilty about the things we're not doing. I knew there would be a lot of stuff getting in the way of her training with a new-born baby, and she needed to remember that training was always secondary, so don't worry about missing sessions and adjusting things.

2. Don't let perfection stand in the way of progress.

This is a quote from Chelsea, but one that I had to consistently remind her about :). She's 100% a perfectionist, which could sometimes mean she struggled to see sessions through if they weren't going 100% perfect. We simply can't do 100% of our training perfectly 100% of the time. If we have this as a goal, we will progress very slowly. I think accepting this made a big difference in the consistency of training over time.

A simple one, but it comes into both racing and training. The teachings of Hinduism call this a "detachment mindset", which simply means that you try not to think of the result – only the road/process to the destination. Making that road as thought-out and well-planned as possible. Leaving no stone unturned. This means simply getting out there daily and doing it (with synergizes nicely with point 2).

On race day, the process-driven mentality Chelsea took into the race was one of the determining factors of the result. We had a clear plan discussed before the race and also outlined in a long email. Chelsea just nailed it! This is what I love about Ironman; it's not just about the training; it's about race day execution. And in Kona, you can always rely on at least 50% of the field going to stuff up ;)

4. Start with the end in mind.

When Chelsea and I started working together, we spent a long time dissecting the Kona race, trying to understand what it took to win there in numbers. For example, how aero would she have to be in a CDA number? What about watts/kg at aerobic threshold, running economy and pace at aerobic threshold. Once this was in place, we built a training program and sessions to achieve this. I've discussed this approach extensively on various podcasts and created an entire course on it (LDT102). It might only be for some coaches, but I like this method's clarity of the overall program. For example, through testing, a poor fat oxidation was a clear performance gap, so we worked to improve this (as discussed in this blog). 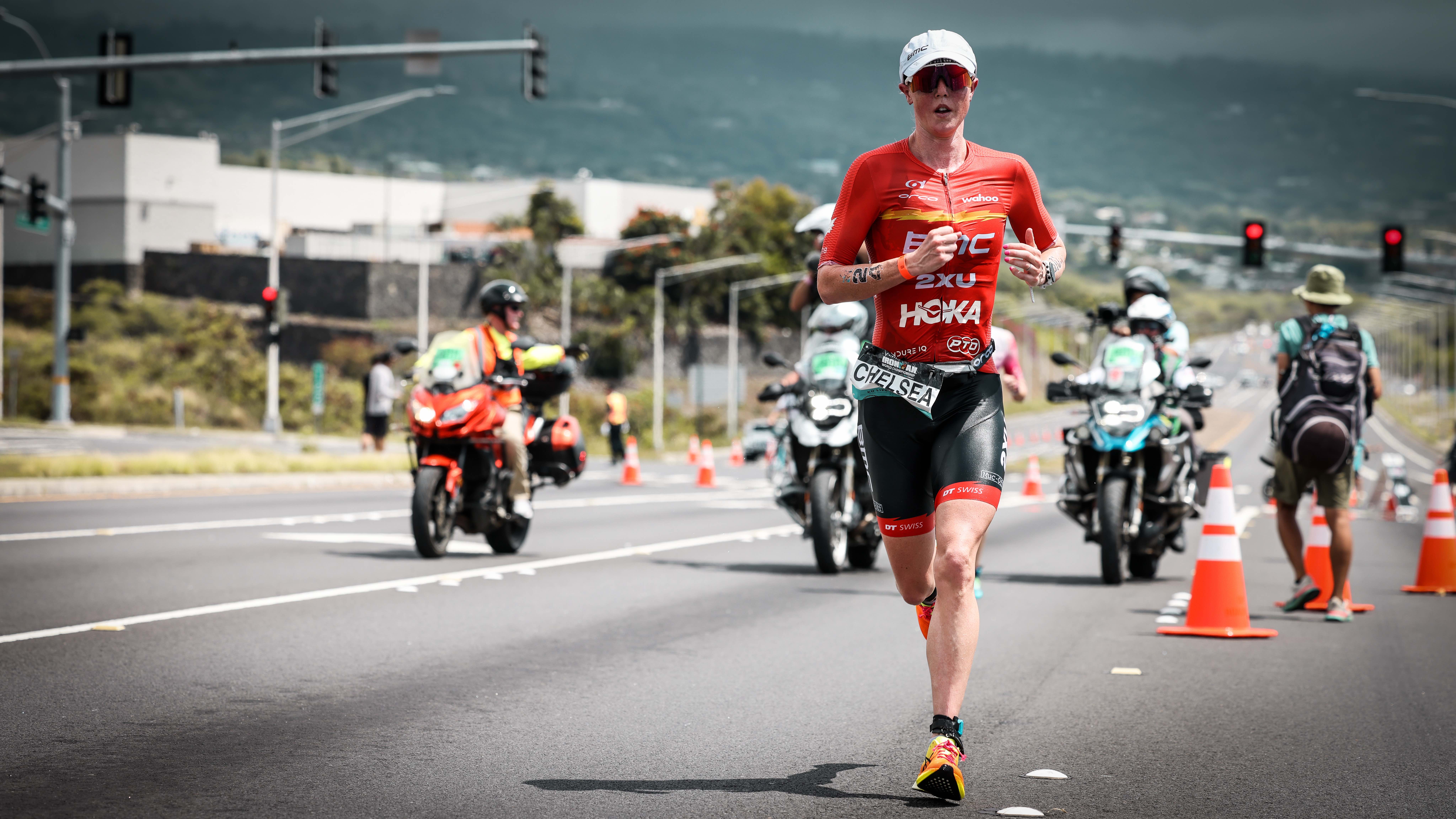 Picture from On.Photo: Chelsea taking the lead like a boss along the Queen K.

Getting the result in Kona was certainly not a straight line. There were many obstacles along the way. As Chelsea mentioned in post-race interviews, getting to the start line of any race is a huge deal. Her family and support network are simply amazing. We often adjusted critical training sessions at very short notice; simply because she needed more recovery. Getting the training to the level we wanted took a long time. We really were taking 2 steps forward and 1 step back for a considerable portion of the build-up. But, of course, we got there in the end, and the last training block before Kona was just where we wanted it to be. This was literally the first time since Skye was born. But this is a lesson to anyway who is searching to achieve something. Never give up. If you believe in your ability and know your worth. Chelsea is 100% testament to that.