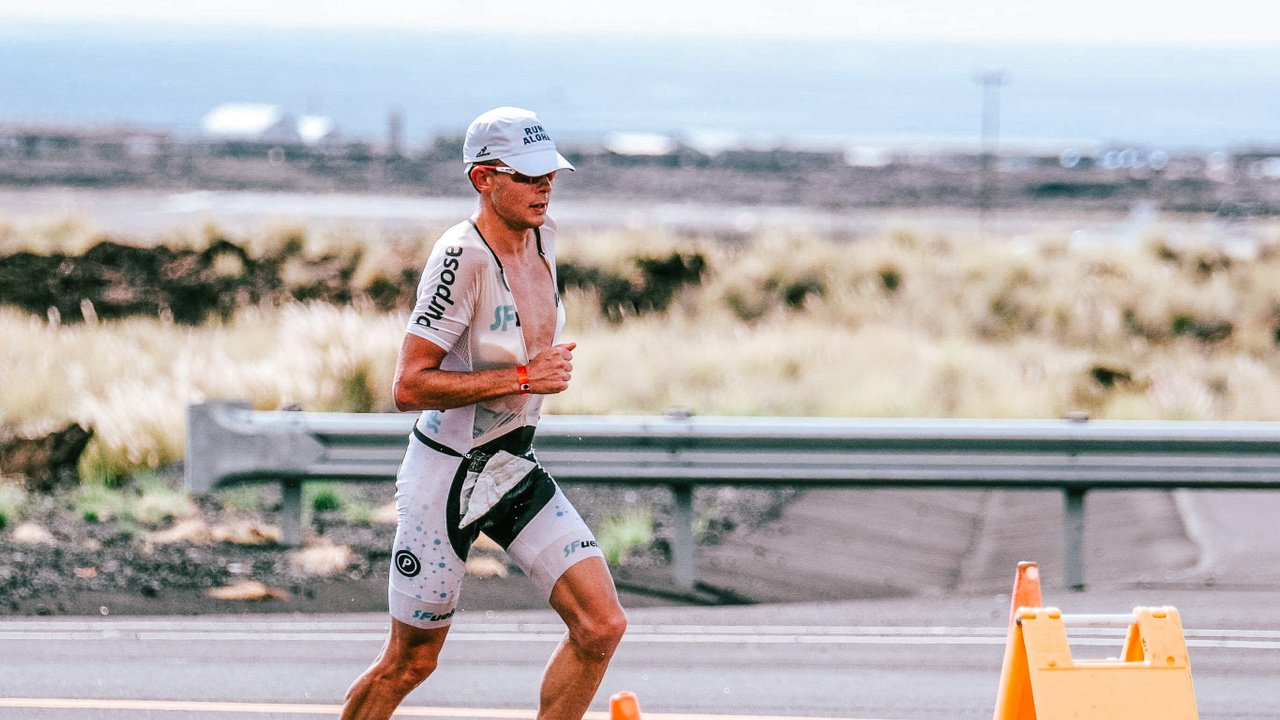 As the 2021 triathlon season finishes, there are many short course ITU triathletes who are looking to turn their hand to the longer course Ironman triathlon. What’s the carrot? To win the infamous Ironman World Championships (normally) held in Kona Hawaii. Many of these athletes are boasted to have huge engines, and VO2max values, sometimes close to 90 ml.kg.min! But does this really translate to success over the longer distance, particularly in the heat?

The physiological characteristics that define outstanding endurance running performance, particularly in the marathon, have been the subject of considerable research (7–9, 12). The standard models used to explain performance with impressive accuracy in endurance events include three main profiling variables: the maximum rate oxygen can be taken up and consumed (V̇O2max) (2); the percentage of V̇O2max that can be sustained, the so-called ‘performance V̇O2’ that is closely linked to the maximum metabolic steady-state or threshold (3); and the economy of movement (1). This model of endurance is compelling; the V̇O2max sets the ‘ceiling’ of an individual’s aerobic capabilities, the ‘performance V̇O2’ defines the percentage of that aerobic capacity that can be sustained for the duration of a race, and the economy of movement defines the speed or power output that the performance V̇O2 translates to.

Therefore, it is thought that outstanding performance in marathon running requires a combination of high V̇O2max, a well-developed performance V̇O2, and an excellent running economy. We have recently proposed that an athlete’s ‘durability' – or resilience to depreciation in these characteristics as a race progresses – is another physiological trait that defines endurance performance (11), and our work in cyclists suggests an individual’s capacity to metabolise fat may also be influential under certain circumstances (10). These models, however, are not specific to performance in hot conditions, where, as we know, the stress of high environmental temperatures and/or humidity has a negative effect on endurance performance (6).

In this blog, we will explore what characterises marathon runners who excel in the heat.

Muscle contraction and movement generates heat. This is why we feel warm when we exercise. We need to remove the heat generated during exercise from the body; if we cannot do this sufficiently, we will eventually become overheated, and risk nasties like exertional heat illness or heat stroke. When we exercise in the heat, removing heat from the body is more difficult, as the thermal gradient between our body and the environment is reduced (or even reversed when environmental temperatures exceed body temperatures). This, therefore, challenges our thermoregulatory capacity, or our ability to dissipate heat produced in the body, which occurs primarily through the evaporation of sweat. Our body temperatures will rise higher when exercise takes place in hot environments (4), and this sets off a cascade of physiological events that make compromises exercise performance in these conditions.

In LDT 103, we discuss the various strategies that can be employed in advance of a race taking place in the heat to improve our thermoregulatory capabilities; the primary method being a solid dose of heat acclimation training (5). Repeatedly elevating body temperatures through things like training in hot environments stresses your thermoregulatory system in the same way that training itself stresses your heart and muscles, thus resulting in favourable adaptations that improve your ability to dissipate heat during exercise. This in turn allows higher running speeds, and therefore rates of internal heat production, to be sustained during a race without overheating occurring, as the rate of heat loss is increased.

This discussion on thermoregulatory capabilities and rates of metabolic heat production during hot weather marathons should reinforce why being an economical runner is so important. Running economy refers to the rate of oxygen consumption (V̇O2) or energy expenditure requires to run a given distance at a given speed; therefore, as heat is produced when oxygen is consumed and energy is expended, less economical runners will produce more heat at a given running speed than more economical runners. This may mean the less economical runner has a lower sustainable running speed in hot weather marathons, simply because the additional heat production associated with running faster may risk overheating.

Let’s flesh that example out a bit further. Imagine we have two runners – let’s call them runner A and runner B – who have similar marathon performance times in cool conditions. Runner A has a higher V̇O2max (80 mL.kg-1.min-1) and ‘performance V̇O2’ (~4 L.min-1), but is less economical (~214 mL.kg-1.min-1), than runner B (65 mL.kg-1.min-1, ~3.5 L.min-1, and ~188 mL.kg-1.min-1). This means that runner A’s higher performance V̇O2 translates into a similar overall running speed as runner B (~16 km.h-1 or 3:45 per km). This is why they perform marathons similarly in cool conditions. However, at their cool weather marathon speeds, runner A is producing more heat, because their economy is worse. The energy expenditure (~19.9 vs. 17.4 kcal.min-1), and therefore the rate of metabolic heat production, at the competitive running speed, is greater in runner A, despite the running speed being the same.

Now, when the two runners compete in hot weather, runner B has an advantage. As they are more economical, they produce less heat at given running speeds. So, when running at the same speed early in a race against each other, the less economical runner A is producing more heat, and therefore stressing their thermoregulatory system to a greater extent, and heating up faster. Runner A may therefore need to slow their hot weather speed down more in order to stave off overheating. So, despite having a lower V̇O2max, runner B may well be at an advantage when the heat is turned up, due to their superior running economy, and therefore a lower rate of metabolic heat production at given running speeds.