The 2022 World Ironman Triathlon Championship in St George Utah: What happens when racing at modest altitude? 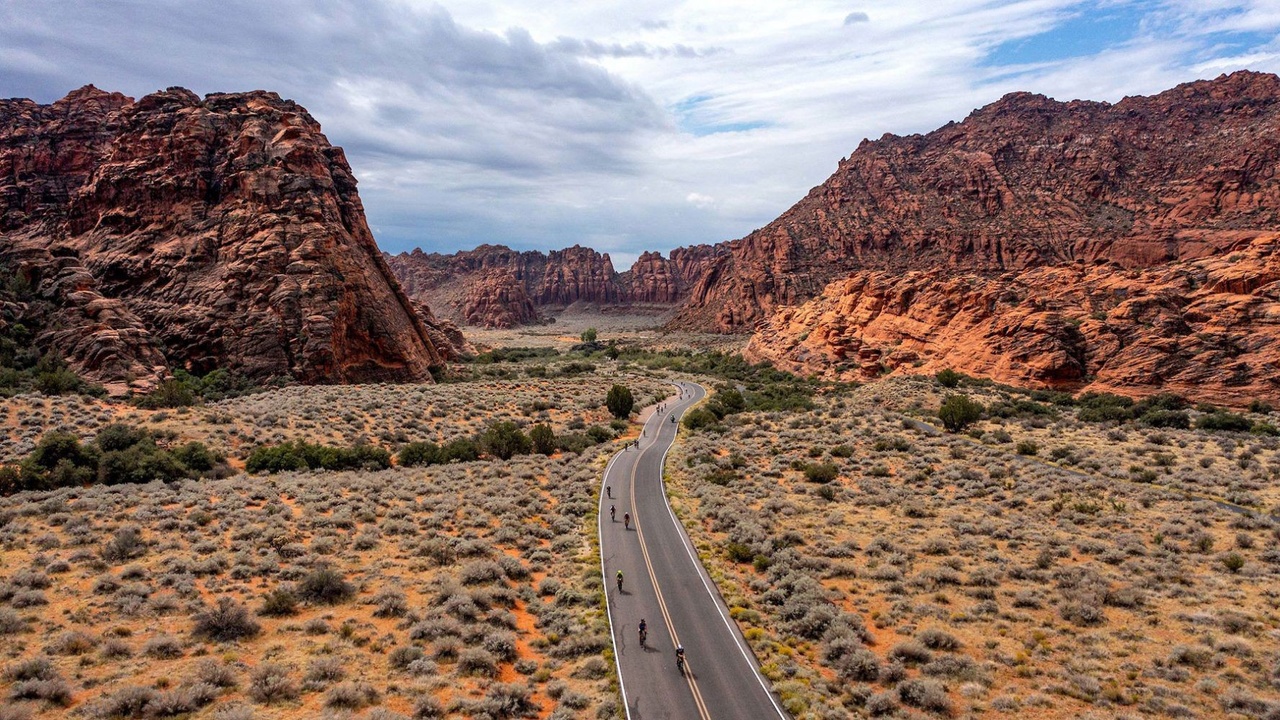 In this blog, I am going to discuss a topic that has always been of interest to exercise physiologists and those involved in endurance sport: altitude. As I’m sure you are aware, altitude has the potential for profound effects on endurance sport performance. This is certainly an area of interest with the Ironman World Championships this year being held in Utah; with many of my professional and Endure IQ Training Squad athletes competing. Utah sits at a modest altitude of ~1000 m, but is this enough to have an effect on our performance? And is any specific preparation required?

I will do my best to break down the basics of altitude for you, although I should acknowledge that altitude is such a big topic within our field that I cannot possibly include everything in one blog, but let’s give it a go! :).

A physiological look at altitude

The hypoxic – reduced oxygen pressure – component of this is really important to us in endurance sport. As you know, oxygen transport to and consumption in working muscles during exercise is critical for endurance athletes, who fuel themselves almost entirely via aerobic metabolism. As aerobic metabolism is dependent on oxygen to produce energy, anything impacting our ability to take in and utilise oxygen has the potential to impact performance.

If the hypobaric hypoxia associated with altitude is severe enough, this can reduce the delivery of oxygen to working muscles, and therefore the capacity of aerobic metabolism to produce energy. This is why things like V̇O2max and sustainable work rates are reduced at altitudes- with one of the first studies to show being conducted by a group measuring V̇O2max at progressively increasing altitudes during an ascent of Everest! This was called the ‘silver hut expedition’ and was published back in 1964 (10), and these results have been replicated many times in the laboratory since (14), along with studies looking at things like lactate threshold and maximum metabolic steady-state power output (1). Therefore, unsurprisingly, endurance performance at altitude is broadly reduced compared to sea level.

Perhaps slightly under-appreciated by the endurance sports community is the range of other effects of altitude that are observed upon arrival. For example, appetite is typically reduced upon acute exposure to altitude (5), which may have negative effects for endurance athletes fuelling for an event. This is especially important when we consider that altitude increases catecholamine and thyroid hormone release (6, 12), which increases resting metabolic rate and therefore calorie requirements (5). Therefore, athletes arriving at altitude shortly before an event may risk under-feeding and therefore under-fuelling.

Also, when you are at altitude, you get a hyperventilatory response – that is, rest and exercise requires greater rates of ventilation than when at sea level. This occurs because the hypoxia stimulates an increased driving for breathing in order to compensate for the reduced oxygen content of the expired air. This might make exercise feel harder, but it also can have dehydrating effects, as more water is lost on the now greater amount of breath. The dehydrating effects of altitude are compounded by the typically colder, drier air, as dry air holds less water. This effect of all this is that quickly upon arrival at altitude we can see a reduction in our plasma volume – the fluid component of blood – and this, in turn, pushes up heart rates at rest and also during exercise. 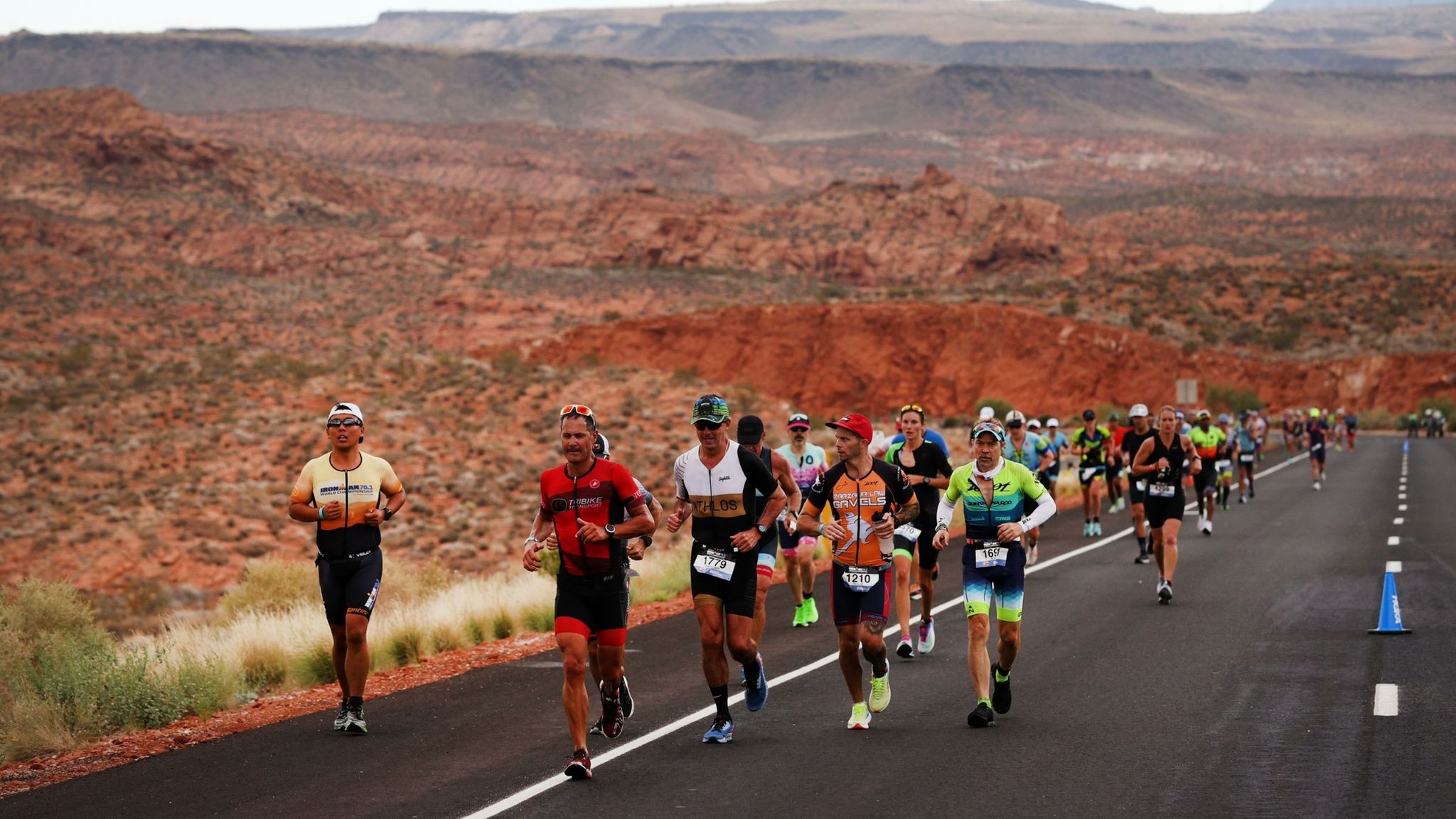 Acclimating to altitude before a race

So, for athletes competing in a race taking place at high altitude, it is not uncommon and generally recommended that they arrive a couple of weeks or so before the event. This time allows the process of acclimatisation, whereby the body adjusts physiologically to the stresses associated with the hypobaric hypoxia. For example, the body will start to produce extra oxygen-carrying red blood cells in an effort to offset the hypoxia and help maintain adequate oxygen delivery during exercise (9).

However, spending weeks at altitude prior to the event in order to acclimatise does have potential drawbacks. For example, if the athlete is one who experiences a substantial suppression of appetite at altitude, it may be difficult to avoid what now becomes a prolonged period of under-feeding, with potentially disastrous effects on race-day performance. Spending weeks at altitude prior to a race may also have negative implications for the quality of training, as power outputs and speeds are hampered by the hypoxic air. This could theoretically lead to a detraining effect and is really why the “live high-train low” method of altitude training where athletes live and sleep at altitude, but travel down to train, emerged (7). Therefore, the decision regarding when to travel up to altitude ahead of competition rests on the balance of these considerations.

The research is however clear, that repeated exposure to altitude is the best way to ensure a fast and positive adaptation (11, 13). So if you can work with a coach to formulate a long-term strategy to race day success, this is certainly the best option. Of course, this isn’t that simple for you’ve average age-group athlete.

Will the low altitudes at Ironman St George impact my performance?

So the question remains, given altitude is only very modest in Utah, is this something athletes need to worry about when preparing for the 2022 Ironman World Championships?

It’s fair to say that most long-distance triathlons do not take place at significant altitudes, so for many of us, this is not an issue we are likely to encounter. That said, as mentioned, the upcoming Ironman St George in Utah takes place at ~2800-2900 feet or 850-900 metres. This is certainly not high altitude – in fact, in the context of altitude classification, many textbooks would consider this “low altitude”. Indeed Figure 1, shows the oxygen saturation (SaO2) as altitude increases. At 1000 m, there is very little difference, with the line not trending downwards substantially until around 2500m. 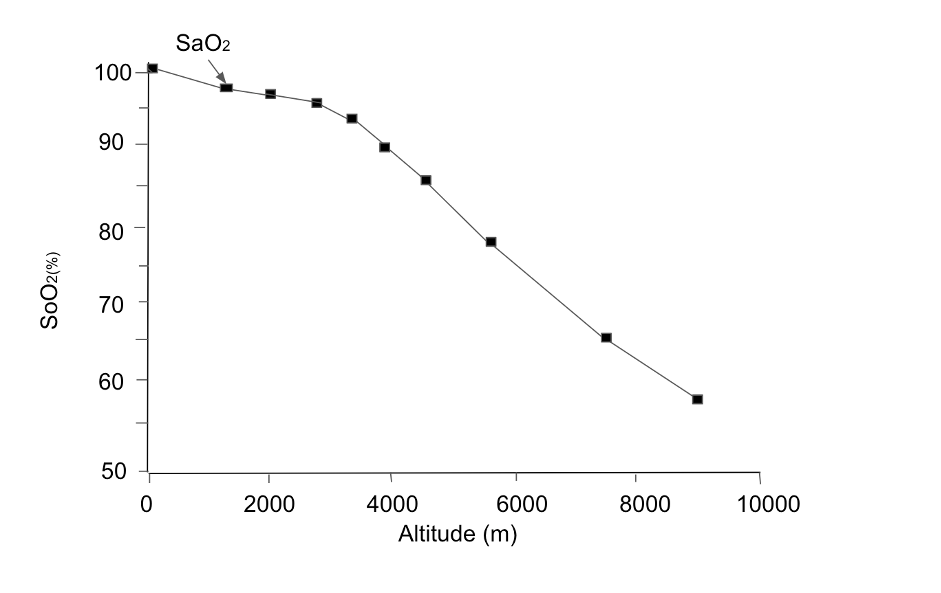 However, this level of elevation does still have implications for aerobic capabilities and performance. In fact, altitudes as low as 580 m have been shown to decrease arterial oxygen saturation, V̇O2max, and 5-min time-trial performance compared to sea level (3, 4).

However, it is fair to say that completing Ironman St. George is far removed from a 5-min time-trial, and the intensity of an Ironman as well underneath V̇O2max; as we have discussed in other blogs and on our course, Ironman intensities are close to the first lactate threshold and probably ~60-70% of V̇O2max. So, will an altitude of less than 1000 metres impact our performance?

That’s a difficult question to answer precisely, and as a scientist, it’s easy to fall back on the lack of studies of laboratory-based studies comparing simulated Ironmans at different altitudes. That said, it might make sense that events such as ours, taking place well below V̇O2max, might be more resilient to the small reductions in arterial oxygen saturation that we would observe at low altitudes, given we aren’t consuming oxygen at our maximal rates. Therefore, it might make sense that the resilience of performance in our events to modest elevations in altitude are greater than those over five minutes. Anecdotally, many of the professional athletes I work with are convinced that can feel substantial differences at just 1000-1500 m! I'm looking at you Chelsea Sodaro 😀.

However, this attitude also comes with its advantages. The environment at low altitude may actually present small advantages; the air is generally slightly cooler at altitude, and the hypobaria or reduced atmospheric air pressure means that the air resistance we have push through on the bike and run is slightly lower. I think the more modest effects of altitude in the 500-1000-metre range may also mean that the potential negative effects of arriving early – loss of appetite, reduced training quality – are much less of a consideration. Therefore, where logistics allow, it might make a lot of sense to arrive with a decent amount of time ahead of the event to acclimatise to the quite modest stresses of the low altitude, without undue risk of negative effects of being there.

Racing at altitude brings with it a number of considerations for us as endurance athletes, particularly lowlanders living close to sea level. It is important to be aware of the challenges and stresses posed by altitude, and consider these in your planning to give you the best chance of nailing your event. Even modest altitudes like those seen at Ironman St. George have the potential to impact endurance performance, although how these are likely to impact performance in an Ironman is harder to tell, and likely quite individual.

Am I preparing my athletes for the altitude at Utah? Well, I’m certainly including repeated altitude exposures as part of their preparation (9). Of course, we also know altitude training has beneficial effects on sea-level performance when properly periodized and managed. So whether performance is affected at the types of altitudes seen at Utah or not, including some specific altitude preparation likely doesn’t have a downside.