Lactate for Endurance Training: What is it? 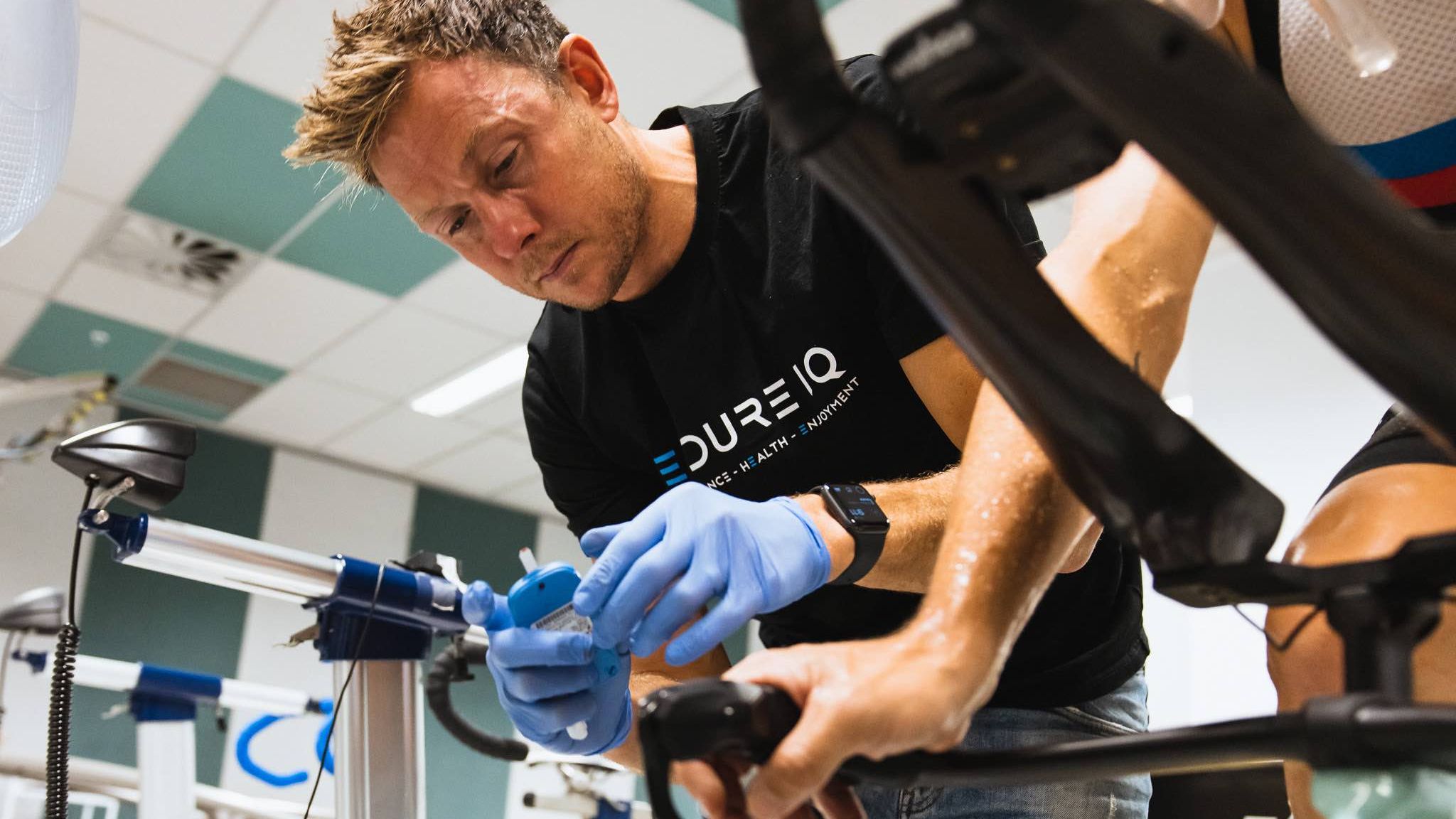 Sooner or later, as an endurance athlete, you will come across a discussion of ‘lactate’, whether you are also an exercise physiologist or not. Blood lactate concentrations are routinely measured in endurance athletes, and so-called ‘lactate thresholds’ are used to inform training decisions. Some athletes and coaches even spot-test blood lactate concentrations during exercise to regulate intensity during training. And this is becoming more popular than ever – word on the street is in Kona this year, just about every athlete stopped to take lactate. Of course, this has been massively popularized by the Norwegian program's success, and rightly so! They are doing some amazing things!

However, I believe many people misunderstand what lactate is and isn’t and what blood lactate responses to exercise can and can’t tell you. So, in this blog, I will briefly summarise some of the fundamental physiology of lactate metabolism. Brace yourself for some physiology!

Lactate has been studied by exercise physiologists for over 100 years. In fact, our field’s only Nobel Prize winner A.V. Hill was instrumental in some of the earliest studies of lactate responses to exercise, published way back in the 1920s (5, 6). For a long time, lactic acid was thought of as a metabolic waste product that builds up in muscles during high-intensity exercise and causes fatigue. More recently, we have come to appreciate that not only do we likely not produce ‘lactic acid’ during exercise (we produce lactate and hydrogen ions – effectively acid – simultaneously) (7), but that lactate itself may not necessarily be fatiguing (3). In fact, there is emerging evidence – led primarily by years of research from the University of California, Berkeley physiologist George Brooks and his colleagues – that lactate produced during exercise has many important roles in metabolism, including as a fuel source for muscle, brain, and heart tissue, in cell signalling, and even in appetite regulation (1, 2).

Where does lactate come from?

The first thing to understand is where lactate comes from. Lactate is produced in glycolysis; that is, lactate is produced during the metabolism of carbohydrates that occurs to produce ATP or energy. When we break down carbohydrates, we first produce something called pyruvate. Pyruvate is then converted into acetyl CoA and enters the Krebs cycle for the slow, full aerobic metabolism that produces lots of ATP, or it is converted into lactate, which produces a small amount of ATP very quickly, via the enzyme lactate dehydrogenase. During exercise, the bulk of lactate production occurs inside working muscles, where the rate of ATP and energy turnover required to support muscle contraction is very high. Conversely, beta-oxidation (the metabolism of fat as energy) produces acetyl CoA that enters the Krebs cycle by combining with oxaloacetate to form citric acid, thereby producing ATP. This is typically why we see lower lactate values in athletes with very high levels of fat oxidation.

The metabolic fate of pyruvate – to acetyl CoA for aerobic metabolism or to lactate for a quick ATP hit – is governed by many complex factors. However, it is worth noting here that we are always using the pyruvate-to-lactate pathway to at least some extent, as this reaction produces something called NAD+ that is necessary for aerobic metabolism. The use of the pyruvate-to-lactate pathway, therefore, supports the ongoing use of aerobic metabolism, and lactate is produced even under fully aerobic conditions, even when there is plenty of oxygen around. Therefore, we can say these two pathways are inherently linked.

Where does lactate go?

The next question to ask is where does the lactate produced inside muscle during exercise go? One key metabolic fate of lactate that has only come to be widely appreciated more recently is that it can move across into the mitochondria within the muscle – the so-called ‘aerobic powerhouses’ – where it can too be used as a fuel source to support aerobic metabolism. This likely occurs to a substantial extent during exercise.

Lactate can also move from muscle into the blood, transporting it to other tissues like the brain and heart to be used as a key fuel source. Lactate may also make its way to the liver, where it can be used to produce new glucose in gluconeogenesis. This is a useful avenue which helps the body to maintain blood glucose concentrations during exercise. It is, therefore, important to remember that when we measure lactate, we are only measuring the balance between lactate production and uptake. For example, as we produce lactate, but if it is used up quickly by other muscles, it will not appear in the blood. Generally, the fitter the athlete, the better the ability to utilize lactate as a fuel source. Last, even after exercise, lactate will still be preserved, and circulating lactate will be taken back to the liver to convert to glucose. A process is known as the Cori Cycle. This glucose can then be returned to the muscle to be metabolized.

When do blood lactate concentrations change? And what do those changes mean?

We have identified that lactate is produced in metabolism inside cells, released into the blood, and removed from the blood by tissues, where it is used in a range of important processes. We also know that the blood lactate concentrations of endurance athletes are measured in various settings for various reasons. The next questions, then, are when and why do blood lactate concentrations change? And what do those changes mean? 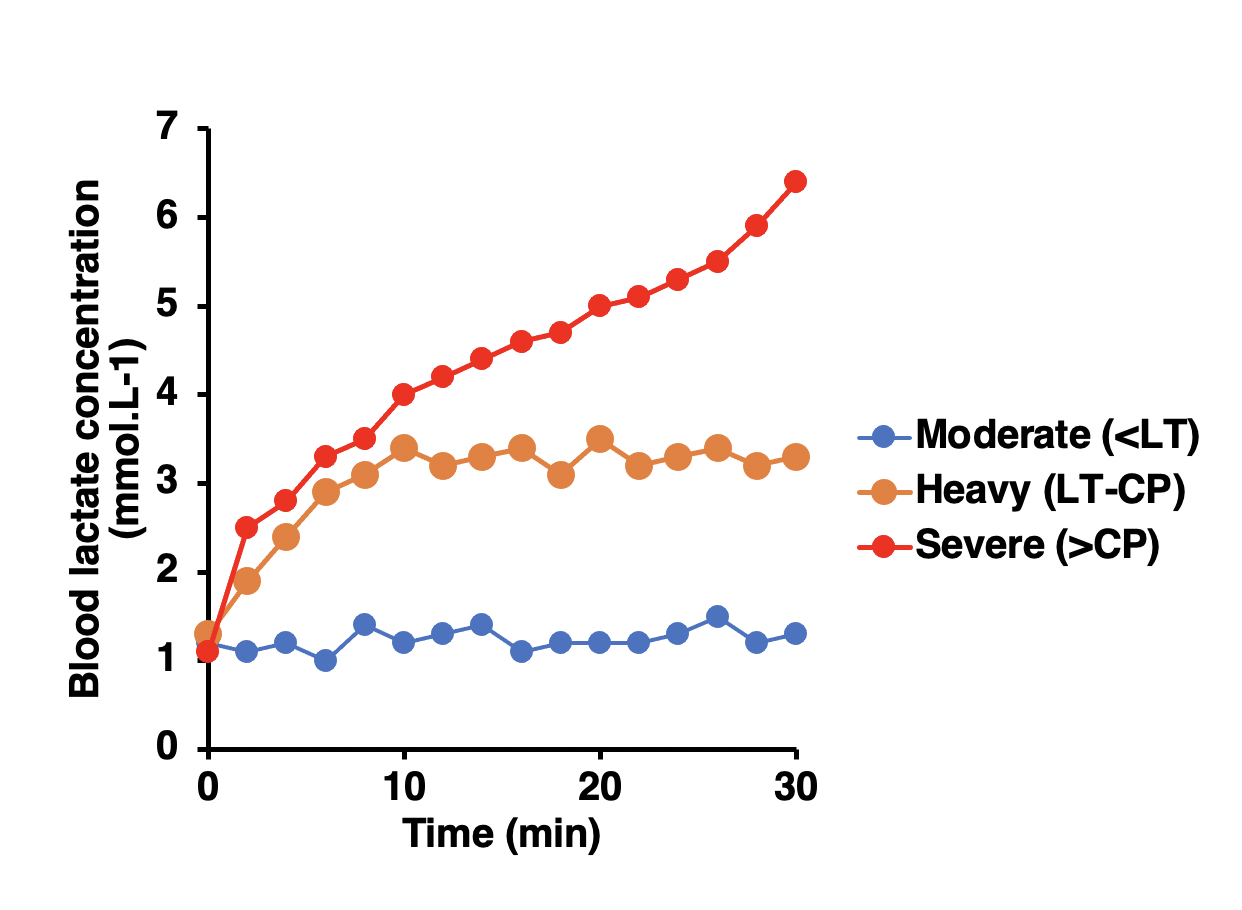 Therefore, blood lactate concentrations are a marker that can be used to make inferences about the relative exercise intensity at a physiological level, which is why blood lactate measurement has a long history in endurance sports. I do have some practical and some more theoretical concerns about the overuse of spot testing to guide training, as I have blogged about previously.

However, a lower value is not always a better value. For example, in sports that require a high level of anaerobic glycolysis (e.g., 400 m running), a higher lactate level after sprinting efforts is desirable, and fast lactate accumulation over sprinting efforts (generally <15 secs) can be linked with a strong anaerobic metabolism. This is desirable in many sports and more desirable in sprint distance than Ironman distance, for example. Lower peak lactate levels have also been linked with under fuelling and/or overtraining (4). The take-home is if you want to make inferences from lactate, we need to test regularly and look at changes. One-off values will help us very little, as my PhD supervisors always taught me “context before content”.

There was some quite heavy physiology in there, but I hope this blog has given you a little more background on the physiology of lactate and exercise. Here are my quick takeaway points: