Exogenous ketones: Something to add to your recovery drink? 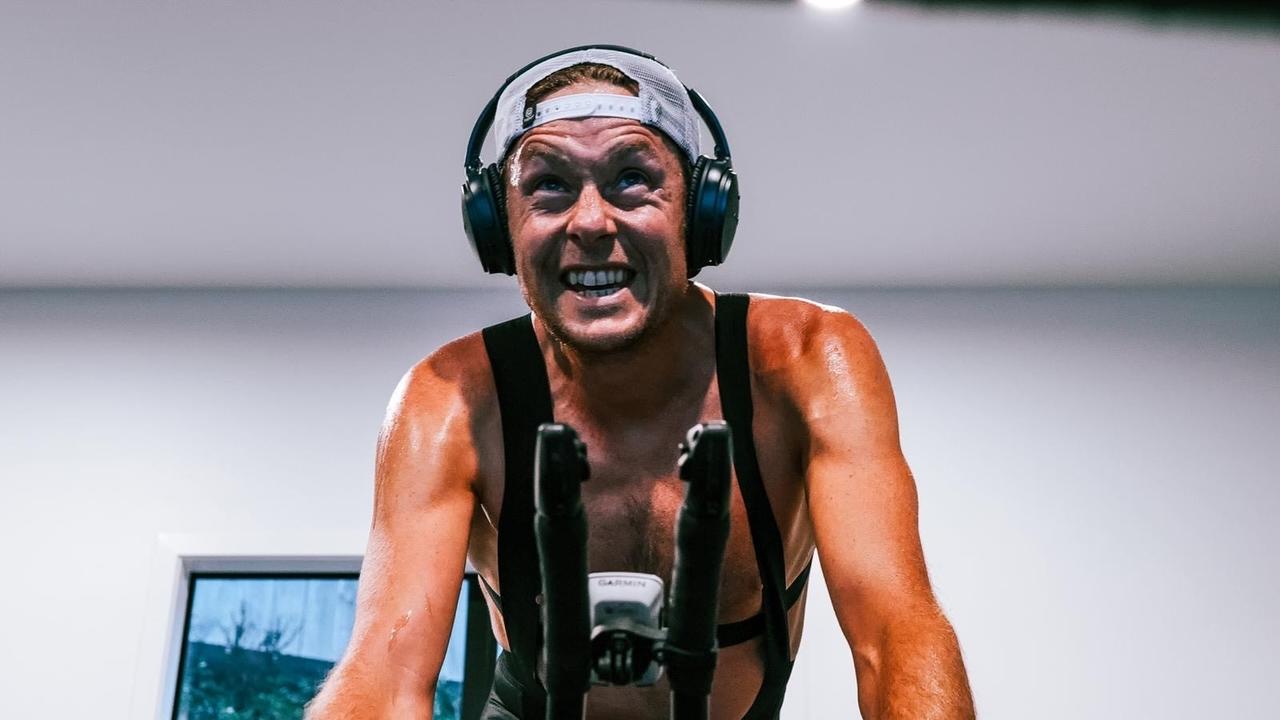 We all love a good "pain face" and we all know how much those high intensity interval sessions hurt! Such big sessions, require big recovery; and recovery optimization is always a key question for athletes, sports scientists and coaches looking for a performance advantage. With media reports circulating that many elite road cycling teams are investing huge sums of money in exogenous ketone supplements for their athletes (7), many of us in endurance sport – including the scientists – are asking if exogenous ketones are the next magic bullet in sports nutrition (4). We blogged about exogenous ketones recently, specifically using some of our own data and a recently published review (8) to survey the evidence for supplementing with exogenous ketones during a long-distance triathlon. In this blog, we are going to focus instead on the possible benefits of exogenous ketone supplementation for recovery.

Before diving into specific original studies assessing the effect of exogenous ketone supplementation on recovery from exercise, we first need to explore the theory behind any possible link between ketones and recovery processes in athletes. Why would exogenous ketones be useful for recovery from prolonged exercise from a physiological perspective? Knowledge of the plausible mechanisms behind any link between recovery processes and ketones gives us the required background to assess the appropriateness of the studies that are out there.

Firstly, if ketone bodies provide substrate that is used directly for energy provision, or if they modulate metabolism such that carbohydrate metabolism is reduced, carbohydrates ingested in the post-exercise period may be directed away from oxidation and towards storage, allowing faster repletion of muscle and liver glycogen stores depleted by the strenuous exercise (4). Secondly, these effects could plausibly extend to protein metabolism (4). If ketones reduce the catabolism of protein after exercise – remembering that protein can be broken down to provide energy, particularly when carbohydrate fuel stores are depleted (2) – then, again, plausibly, ketones might direct available protein towards adaptive rebuilding of tissues and fuel training gains, rather than oxidation to supply energy. Thirdly, it has been suggested that ketones might exert regulatory effects on the autonomic nervous system, inflammatory responses, and oxidative stress via signalling pathways involved in the post-translation modification of a range of proteins (6). Basically, this means ketone bodies have the potential to provide signals to a wide-range of physiological systems and therefore influence a multitude of physiological processes. These are relevant in the context of recovery from exercise, given the multi-system effects that need to be overcome by the body in response to vigorous training.

The science: What do the studies tell us so far?

It is worth stating here that the research on exogenous ketone ingestion and recovery from exercise is still in its infancy, and there will be many studies conducted and published in this field over the next few years. Here, we are going to highlight a few of the best studies that are out there already, and summarize the state-of-play as it stands. Any conclusions are subject to change as more research emerges!

The first two studies we’ll discuss were focused on glycogen metabolism, and whether exogenous ketone ingestion has any effect on how rapidly we resynthesize our muscle glycogen stores following exercise, both published in 2017 (3, 9). The first of these was conducted by Kieran Clarke’s research group at the University of Oxford in the U.K. (3). They had 12 well-trained males perform an interval cycling workout designed to deplete muscle glycogen, on three occasions, with different nutritional protocols in recovery. In all three trials, participants were put on a drip to deliver nutrition for the following two hours, with either a calorie-free control beverage or ketone ester drink ingested immediately after exercise finished. Thereby, this study compared a placebo drink plus saline drip against a placebo drink plus high-glucose drip, and a ketone ester drink plus high-glucose drip. The high-glucose drip maintained blood glucose at 10 mmol.L-1, i.e. a very high concentration. Therefore, the researchers sought to determine if ketone ester ingestion influenced muscle glycogen replenishment in conditions of high-carbohydrate availability.

Predictably, both glucose drip conditions increased muscle glycogen replenishment to a much greater extent than the placebo-saline, zero-calorie trial. What was interesting was that glycogen replenishment was significantly greater in the trial in which participants first ingested the ketone ester, with the increase in muscle glycogen ~62% greater in the ketone trial vs. the placebo trial with high-glucose drip (3). These results can be attributed to the ~32% greater glucose uptake from the blood into tissues observed in the ketone trial. However, because of the greater glucose uptake from the blood into tissues, in order to maintain blood glucose concentrations at 10 mmol.L-1, the researchers had to infuse much more glucose into the participants in the ketone trial. Therefore, whilst this study does tell us that the presence of exogenous ketones seems to increase glucose disposal into the body’s tissues at a given, high blood glucose concentration, it cannot tell us if adding ketones to a given amount of carbohydrates in a post-exercise meal or drink increases the rate at which we replenish muscle glycogen stores. This is an important distinction given the amount of carbohydrate we can get into our bloodstream is rate-limited by absorption across the gut. A glucose infusion bypasses this limitation – meaning that the researchers were able to get a huge258 grams of glucose into the bloodstream over the two-hour recovery period in the ketone trial. If you ingested 258 g of glucose over the course of two hours of recovery from exercise, most of it would still be sitting in your gut!

To address these practical limitations, a study was conducted and published by researchers from Belgium, with involvement from Clarke (9). In this study, the researchers had eight males do some one-legged exercise as a means of depleting muscle glycogen. They took various measures during a five-hour recovery period, including muscle biopsies and blood samples, and the participants ingested carbohydrate plus protein drinks throughout the recovery period (1 g.kg-1.h-1 carbohydrate and 0.3 g.kg-1.h-1 protein). The participants also received either a ketone ester or placebo drink throughout the recovery period.

The effect? Glycogen synthesis was not different between the ketone and placebo conditions (9). Therefore, under real-world conditions in which the participants ingested realistic – though high - quantities of carbohydrate and protein during recovery, ketone ester ingestion did not manage to facilitate more rapid muscle glycogen synthesis.

One interesting finding in this study though, was that ketone ester ingestion in the recovery period seemed to result in greater mTORC1 activation (9). Generally, mTORC1 is a protein exercise physiologists are interested in when working with strength and power athletes, as the mTOR pathway seems to be to resistance training adaptation, what the PGC-1α pathway is to mitochondrial adaptation in endurance sport – some kind of ‘master regulator’ (1). This is interesting for us as it may mean that global protein synthesis rates were higher; and protein synthesis is important for endurance athletes as well as strength athletes. Higher protein synthesis might mean that greater repair and adaptation of cells damaged by the exercise was taking place – a positive for athletes looking to improve. They followed up this finding with a study in C2C12 cells – muscle-like cells in a dish – and showed that ketone bodies increased protein synthesis. So, some evidence then, that ketone ingestion following exercise might help adaptation and repair, but clearly these results need to be further established in endurance athletes.

The most illuminating study on exogenous ketone ingestion in the post-exercise period was published last year by the Belgian research group (5). This study put eighteen recreationally-active males, not cyclists, through a three-week period of overload training, in which they trained twice per day – generally a high-intensity interval session and demanding aerobic endurance session – six times per week for three weeks. This regimen was designed to put the subjects into a state of non-functional overreaching, and did. All subjects received a carbohydrate-protein drink 30 minutes after each session. Subjects were randomly allocated to receive an additional drink of either 25 g of ketone ester or an isocaloric drink containing medium-chain triglycerides (fat), which was the control condition. Sprints and 30-min time-trial assessments were performed throughout the study, along with a range of physiological and perceptual measurements. Therefore, the study sought to assess the effect of ketone ingestion following exercise during a period of overload training on endurance performance and physiology.

Well, during a period of overload training like a training camp of multi-day racing, ingesting a ketone ester supplement after exercise might be a potent nutritional strategy to reduce non-functional overreaching and facilitate endurance performance (5). Whilst it would be good to see this intervention studied in a better-trained group of subjects, these initial results are nevertheless very exciting!

Given the myriad of plausible effects that exogenous ketone ingestion in the post-exercise period may have, and the apparent positive effects it might have on blunting overtraining (5), there are a number of questions that I expect many researchers around the world will be working to answer. We still don’t know the effect of ketones on the molecular signaling responses that trigger adaptations to training; these effects are likely to give us information on if exogenous ketones might be used in recovery during more balanced periods of endurance training not designed to induce overreaching. Also, are the effects of exogenous ketone ingestion for recovery similar in endurance athletes following a low-carbohydrate approach, who may have elevated ketones after endurance training sessions?

In summary, there is some data showing that exogenous ketone supplementation following training may improve recovery, particularly in the context of extremely demanding periods of overload training or multi-day racing. The wider application of exogenous ketone supplementation to facilitate recovery and adaptation in endurance athletes is something we expect to have more insight into in the coming months and years.